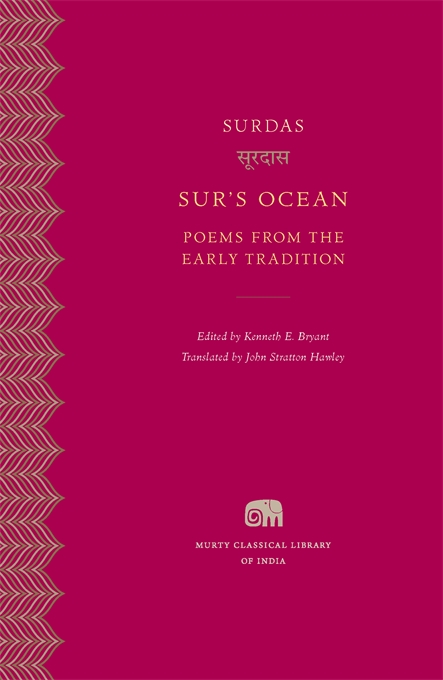 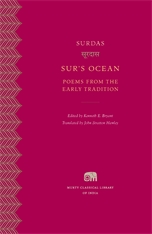 Poems from the Early Tradition

Surdas has been regarded as the epitome of artistry in Old Hindi religious poetry from the end of the sixteenth century, when he lived, to the present day. His fame rests upon his remarkable refashioning of the widely known narrative of the cowherd deity Krishna and his lover Radha into lyrics that are at once elegant and approachable. Surdas’s popularity led to the proliferation, through an energetic oral tradition, of poems ascribed to him, known as the Sūrsāgar.

Sur’s Ocean: Poems from the Early Tradition presents a dramatically new edition in Devanagari script and a lyrical English translation. This remarkable volume reconstructs the early tradition of Surdas’s verse—the 433 poems that were known to the singers of Surdas’s own time as his. Here Surdas stands out with a clarity never before achieved.