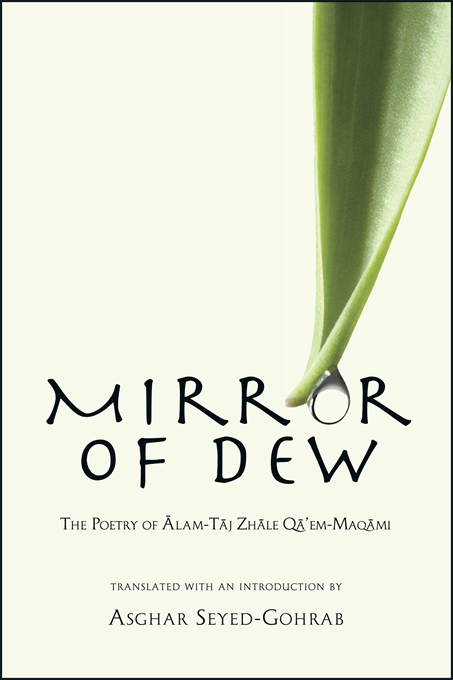 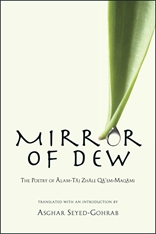 Translated with commentary by Asghar Seyed-Gohrab

Mirror of Dew introduces one of Iran’s outstanding female poets, whose work has not previously been available in English. Zhāle Qā’em-Maqāmi (1883–1946) was a witness to pivotal social and political developments in Iran during its transition to modernity. Persian poetry at that time was often used polemically and didactically, for a mass audience, but Zhāle did not write to be published. The poems, like the mirror, samovar, and other familiar objects we find in them, appear to be the author’s intimate companions.

Her poetry is deeply personal but includes social critique and offers a rare window into the impact of a modern awareness on private lives. Zhāle is biting in her condemnation of traditional Persian culture, and even of aspects of Islamic law and custom. She might be called the Emily Dickinson of Persian poetry, although Zhāle was married, against her will. Zhāle is far from the first female poet in Persian literature but is the first we know of to write with an interior, intimate voice about private life, her anxieties, her frustrated love, her feelings about her husband, and many topical issues.

This volume presents the Persian text of Zhāle’s poems on pages facing the English translations.