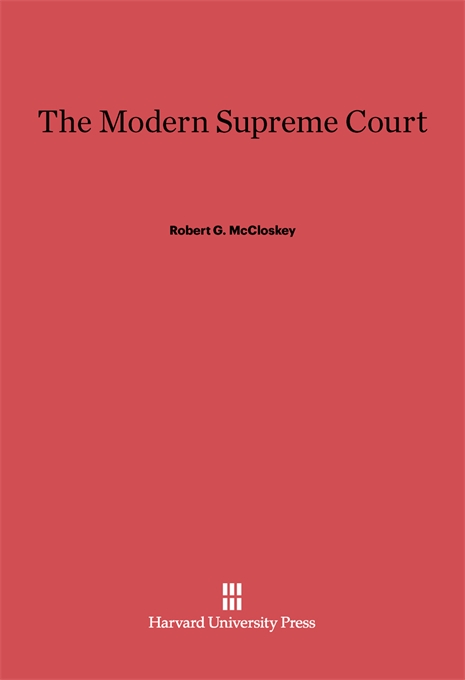 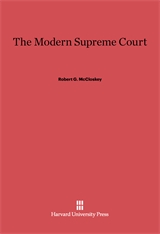 “The story of the modern Court,” wrote the late Robert McCloskey, is “one of the classic chapters in the history of one of America’s most peculiar institutions: government by judiciary. In order to understand that institution we must consider both the rules it has enunciated and the status it has attained. But beyond that we must trace the process by which those rules and that status came into being.” Before his death in 1969, McCloskey had done just that. He had already published the seven articles on the Warren Court that comprise the last two chapters of this book. And he had finished the manuscript for the first three chapters: an enlightening overview of the Court from 1940 through 1968; an account of the Court from 1940 through 1945 (the Stone Court); and an account of the Court’s 1946–1962 terms (the Vinson Court).