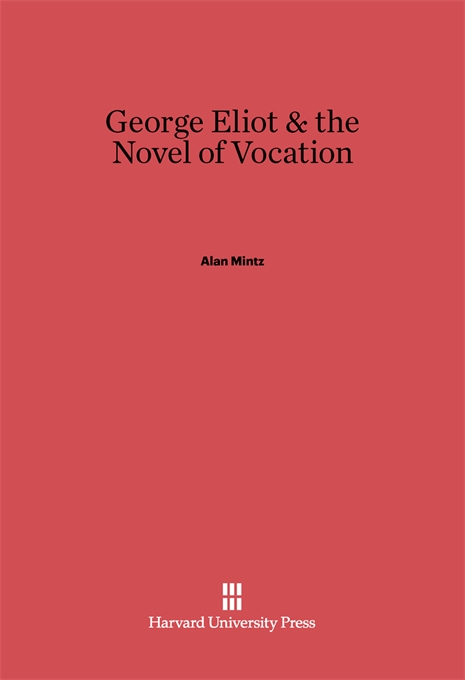 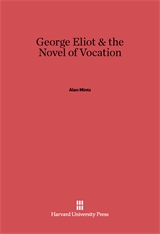 George Eliot and the Novel of Vocation

Alan Mintz has discovered a new sub-genre of fiction: the novel of vocation. In the nineteenth century, he maintains, work ceased to be merely what one did for a living or out of a sense of duty and became a vehicle for self-definition and self-realization. The change was prepared for by the growth of professions and the increase in middle-class career opportunities. He shows how George Eliot, in particular, linked these new social possibilities to the older Puritan doctrine of calling or vocation, achieving in her late novels a fictional structure that could encompass the conflicting energies of the age. In the idea of vocation she found a way to explore how far it is possible to be ambitious both for oneself and for a large cause, and a way to probe the contradictions between ambitious, self-defining work and the older institutions of family, community, and religion.

The book is solidly grounded in cultural and historical reality. Although Mintz concentrates on George Eliot and especially Middlemarch, he also examines the conceptions of self and work in Victorian biographies and autobiographies and the emergence in late-nineteenth-century fiction of the idea of the vocation of art.