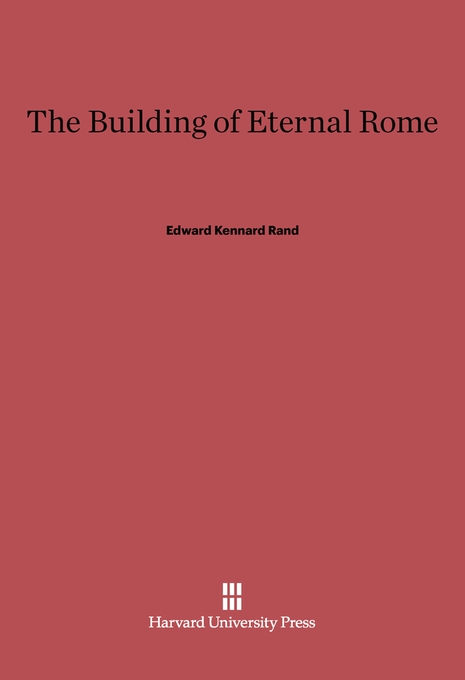 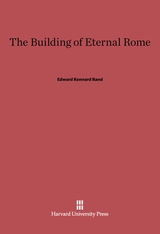 The Building of Eternal Rome

As far back as the beginning of the second century B.C., the sense of the might and majesty of Eternal Rome was felt. In the present volume, the mellow result of many years devoted to humanistic studies, E.K. Rand has traced the history of this conception from its foundation in the Republic to the establishment of the Ideal Empire under Augustus and that of the City of God into which the ancient Rome was transformed not only by Christian writers like Augustine but, almost imperceptibly, by such pagan authors as Cicero and Virgil. With the establishment of a New Rome in Constantinople, the ancient city in a sense moved to new quarters; and from Constantinople it proceeded to Moscow. Nevertheless it remained on the banks of the Tiber and is there today, to be approached by any individual of whatever country or creed.

Rand’s treatment of the subject involves attention to the historical background and, even more, to the monuments of Latin literature on which he comments with fresh and vigorous insight. But his main concern is with ideals. Only in the realm of ideals is the conception of progress possible, and the only progress that can be definitely measured is that of the individual who like Augustine can, in Dante’s words, go from bad to good, from good to better, from better to best. Rand assures us, in these persuasive pages, that the one certain way for the individual both to make progress and to enjoy at each step the sense of an abiding calm, is to link his fortunes with those of Eternal Rome.