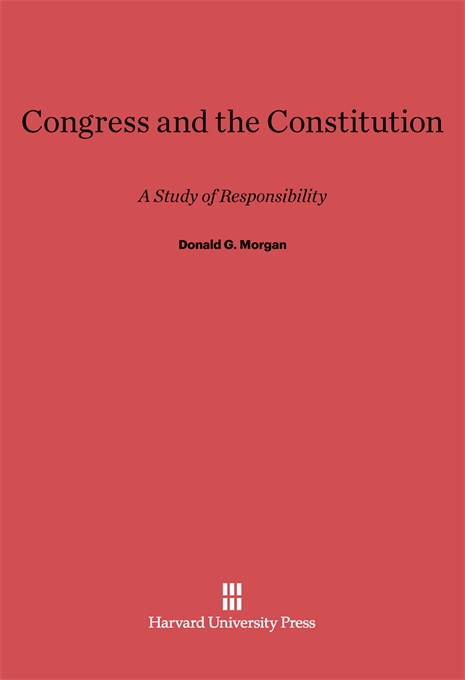 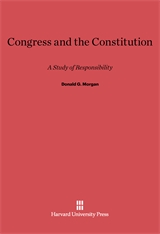 Congress and the Constitution

A Study of Responsibility

Donald Morgan views with concern the divorce between policy and constitutionality in affairs of the federal government—a separation to which conditions and attitudes of our times have contributed. With the increasing need for swift federal action, and the unprecedented power which the government has assumed, questions of constitutionality have come to be considered as time-consuming problems for experts. Challenging the tendency to accept the Constitution as solely “what the judges say it is,” Morgan focuses attention on Congress’ responsibility to deliberate on constitutional issues and the manner in which it exercises that responsibility. In a series of controversies from the congressional “Decision of 1789” on presidential power to the Civil Rights Act debates of 1964, he shows how Congress is inescapably confronted by constitutional questions in the course of the legislative process and how in cases such as the Jenner-Butler bill of 1958, it has taken issue with the Supreme Court’s own interpretations. Demonstrating conclusively that the judiciary relinquishes to Congress a large number of grave constitutional problems, he concludes with suggestions for improving the relevant legislative machinery.