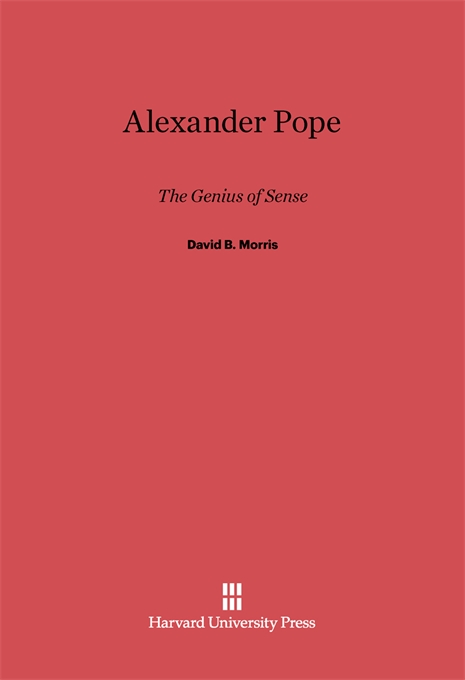 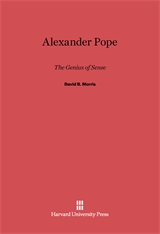 The Genius of Sense

This unusual combination of literary history and criticism focuses on the career of the age’s dominant figure, showing us Pope in his historical surroundings. The book conveys a fine sense of the times, both literary and social, and of eighteenth-century modes of thinking and of writing.

David Morris places An Essay on Criticism within the context of eighteenth-century literary criticism, and he views Windsor Forest against its political background as well as against its Georgic and Virgilian tradition. Pope’s language is analyzed in terms of his own literary purposes and in relation to neoclassical linguistic principles. The moral and didactic poet is shown responding to the new financial and mercantile order of the early eighteenth century. Morris discusses Augustan satire in relation to the public physical pain that was a hallmark of England’s system of criminal justice and also shows how the eighteenth-century conception of madness bears on The Dunciad. He identifies the characteristics of Pope’s personal as well as his poetic style, his approach to revision, and his poetic and narrative techniques. Pope’s leading contemporaries—Swift, Gay, Johnson, Addison, Walpole, Hogarth—play roles in the story.

Alexander Pope is one of the few recent books that treat Pope’s whole career, discussing individual poems at chapter length. It engages the rich moral and literary traditions of “character” as a means of understanding the relations—so important and so subtle in Pope’s work—between art and life.