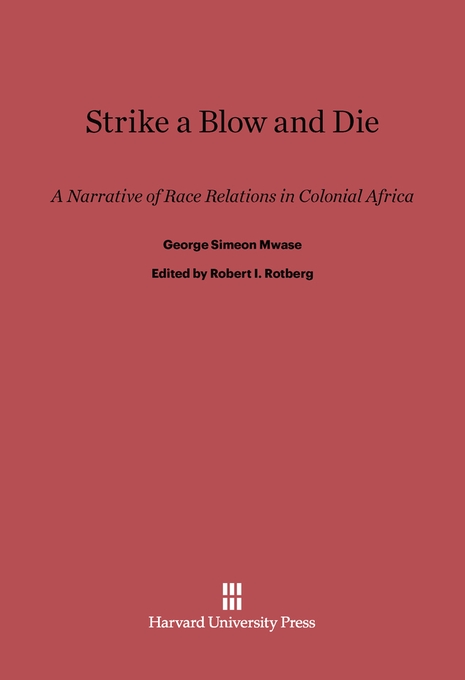 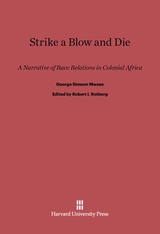 Strike a Blow and Die

A Narrative of Race Relations in Colonial Africa

Edited by Robert I. Rotberg

This curious and fascinating document contains the only biography, by a fellow African, of John Chilembwe, Malawi’s first revolutionary. Written in the early 1930s by George Simeon Mwase, who died in obscurity, the manuscript was discovered in Malawi (the former Nyasaland) by Robert Rotberg who has edited it and supplied an Introduction. The book provides much significant informational about the rebellion of 1915, which Chilembwe led, and in which he met his death. It also sheds new light on the conspiracy leading up to the revolt. In the second half of his book Mwase gives a firsthand description of racial discrimination, miscegenation, Asian immigration, and the penal system in Nyasaland. The author’s Introduction and annotations supply historical and biographical background. The Mwase narrative, besides being important to scholars, will greatly interest the general reader—especially in the light of racial tensions both in Africa and the United States.