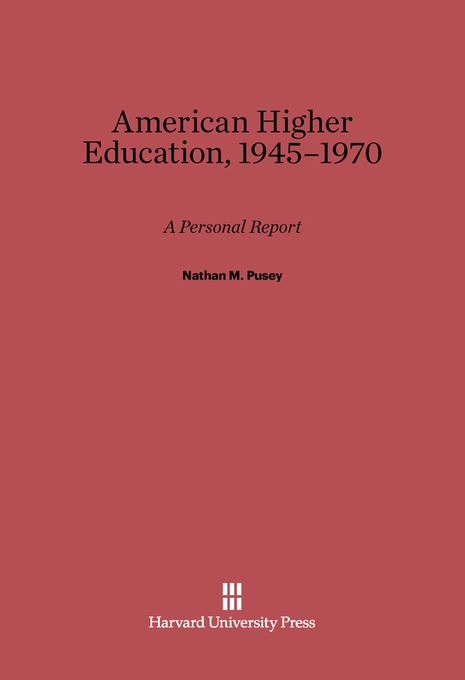 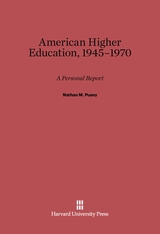 World War II brought an end to many aspects of American college life, and the exciting years that followed were marked by activity and growth, and sometimes by dissension and disorder. Nevertheless, this postwar quarter century can be considered, according to one of those deeply involved, “the most creative period in the history of higher education in the United States.”

Nathan M. Pusey is well qualified to speak of this period since, as President of Lawrence College from 1944 to 1953 and of Harvard University from 1953 to 1971, he participated in many of the decisions that transformed American universities. In this book he deals with such crucial changes in university education as its increasing availability to a far greater percentage of an enlarged population; the broadening of undergraduate curricula; and the burgeoning of graduate degree programs and research activity. He also shows how universities supplanted colleges as trendsetting institutions and how as the United States had to assume increased international responsibilities, some of them became the world’s strongest agents for intellectual advance. Throughout, his book is enriched and enlivened by his own participation and belief in the institutions he describes.