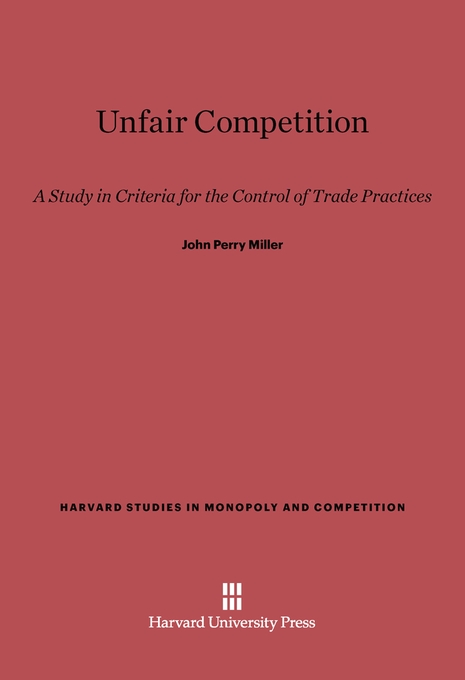 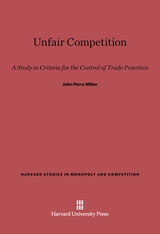 A Study in Criteria for the Control of Trade Practices

John Miller’s volume, unlike most books on unfair competition and related subjects, is concerned with analysis of the economic implications of various practices and of various programs of public policy. After a general discussion of the functions of competition and the pricing system and the origins of the concept of unfair competition, he takes up several proposals for change in the scope of the concept, especially those implied in the NRA, the Robinson-Patman Act, and state Fair Trade laws. Certain practices, such as discrimination, re-sale price maintenance, tying contacts, and exclusive dealing arrangements, are next considered. Several chapters are devoted to proposals for self-government in industry, with particular reference to the NRA. Finally an attempt is made to assess the place of the regulation of trade practices in a program for establishing an effective competition. The volume will be of particular value to economists and to executives interested in the activities of the Federal Trade Commission and the Anti-Trust Division of the Department of Justice.