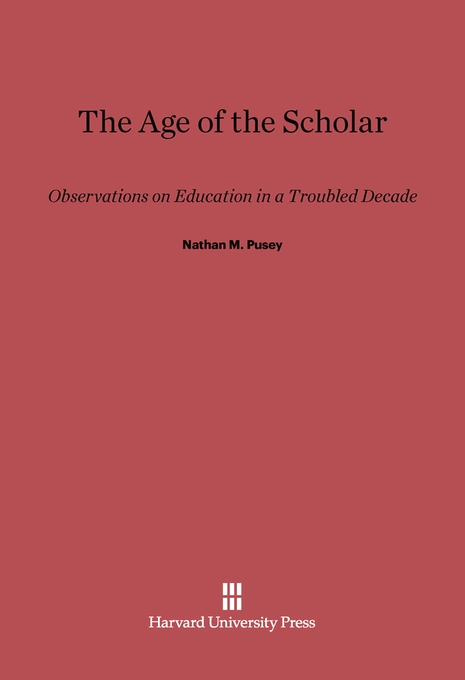 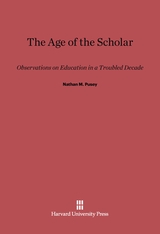 The Age of the Scholar

Observations on Education in a Troubled Decade

Believing that “the complex and exciting organism which is a university is one of the noblest creations of the mind of man,” the President of Harvard develops his conviction in a series of pertinent and thoughtful essays. “True learning cannot go on in a vacuum,” he comments; “it is in constant interplay with society and at its center requires fundamental spiritual commitment or it is nothing.” Nathan Pusey explores the sensitive relationship between material and imaginative progress and emphasizes the need for values beyond the purely functional.

These essays have been thoughtfully selected from among the addresses delivered by President Pusey between 1953 and 1963. They include such subjects as “Freedom, Loyalty and the American University”; “Secularism and the Joy of Belief”; “Utility and the American University”; and “Science in the University.” In the course of the volume, Pusey touches on many of the fundamental problems that beset higher education in this country, but his interest is not restricted to “problems.” The essence of his purpose is to “persuade any of the unpersuaded and reinforce the conviction of the convinced concerning the worth of the university in today’s world” and in developing his case he has achieved a remarkable concentration of lucidity and force.