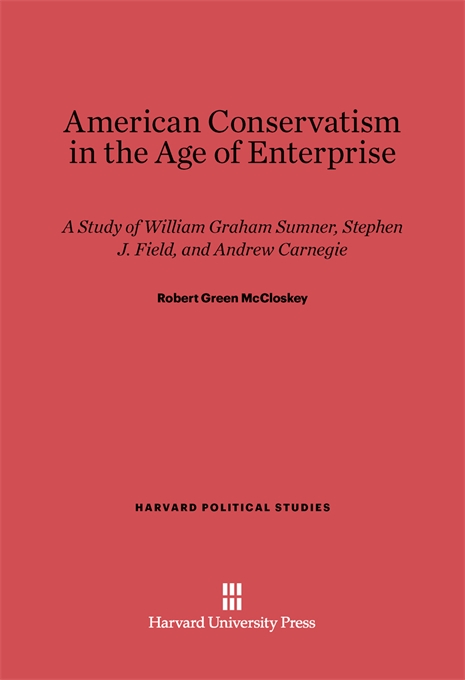 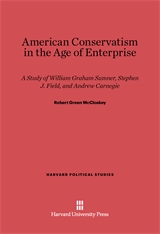 American Conservatism in the Age of Enterprise

Up to the time of the Civil War the terms “liberty,” “equality,” and “individualism” had humanistic and ethical meanings in America: they connoted the personal and political liberty of human beings. In the “Gilded Age,” however, that followed the war and lasted to the end of the century, they suffered a metamorphosis and became transfused with businesslike, entrepreneurial meanings to such a degree that the Jeffersonian democratic tradition was strangely perverted.

Robert McCloskey demonstrates that the proponents of “laissez faire” conservatism in this era captured the democratic tradition and turned it to their own uses; that as a result of this transfiguration of American ideals, the concepts of democracy and of free business enterprise became almost inextricably associated in the American mind; that the advocates of a hands-off policy in the relationship between government and business were thereby enabled to buttress their cause by making use of the veneration attached to the symbols of democracy; and that this confusion of democratic purposes has survived to befog the making of public policy ever since. In tracing the origin of this confusion, he examines three men—William Graham Sumner, Stephen J. Field, and Andrew Carnegie, a scholar, a jurist, and a businessman, respectively—and analyzes the growth of this modern conservative dogma in the fields which they represent.