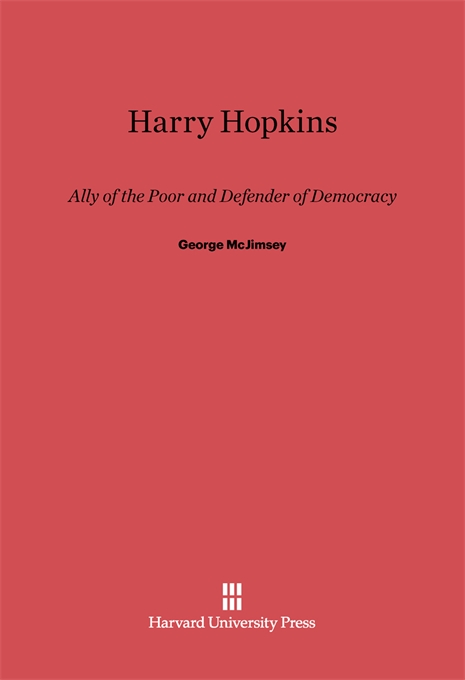 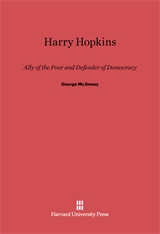 Ally of the Poor and Defender of Democracy

During America’s longest crisis—the Great Depression and the Second World War—one man stood nearest to the president, almost as a partner: Harry Hopkins, trusted and loyal lieutenant and best friend of Franklin D. Roosevelt. From his work on the New Deal through his assignments during the war, Hopkins was the grand planner, expediter, adviser, and negotiator. Here is the first complete modern biography of this remarkable man, based on prodigious primary sources and written with the benefit of historical perspective.

George McJimsey fully records Hopkins’s meteoric public career and probes the sources of his creativity and talent. Reared in Iowa with missionary values, he became a professional social worker in New York, pioneering strategies for several health and social service agencies. His special talent for persuasion and conciliation brought him into the New Deal, where as head of the Federal Emergency Relief Agency and the Public Works Administration he led Roosevelt’s recovery programs—helping to pump billions of dollars into large projects and into tens of thousands of jobs without any political scandal or great conflict with conservative adversaries or competitors such as Harold Ickes. Later, as Secretary of Commerce, he continued to lead the country out of depression.

The coming of war tested Hopkins in new and unexpected ways. From being democracy’s great bureaucrat he became the grand vizier of the arsenal of democracy. Living in the White House (in the Lincoln Room), Hopkins organized Lend-Lease, built the Anglo-American alliance, coordinated military supplies with strategic objectives, negotiated with Stalin, and helped to plan FDR’s meetings with Churchill, Stalin, De Gaulle, and Chiang Kai-shek. Intelligent, humane, imaginative yet practical, always loyal to Roosevelt yet operating with his own creative independence, Hopkins played a role in winning the war and shaping the peace that provides an inspiring example of devoted public service. General readers and historians, journalists, and everyone interested in how government works will value and enjoy this book.