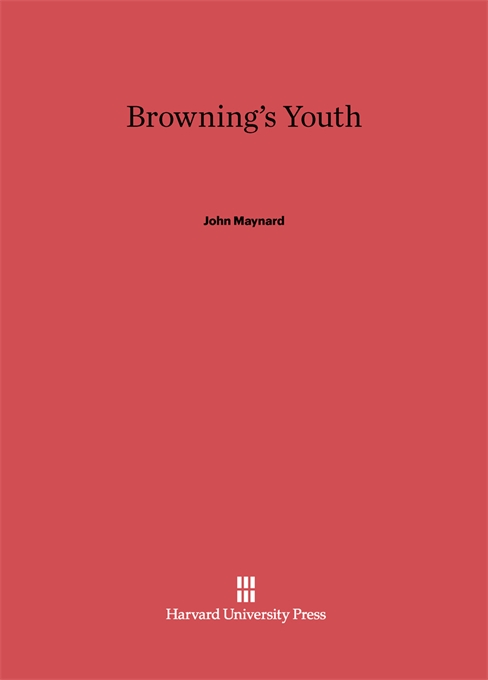 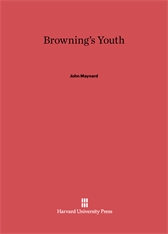 This will stand as the definitive account of Robert Browning’s development to maturity as a man and poet. Drawing on all available material, including important new manuscript findings, John Maynard reconstructs the circumstances of Browning’s youth—his ancestry, his attractive and eccentric family, life in the new suburban London, his early understanding of himself and the world around him, his rich cultural education at home and with his teachers and friends and gives us a warm and convincing picture of Browning’s boyhood and growth. Maynard traces Browning’s early efforts to define his role as a poet, providing a full critical interpretation of his relation to the Romantics, especially the peculiarly powerful influence Shelley exerted on his early work.

The development of Browning’s mind is examined in his response to his early schooling and private tutoring at home, his year at the new London University, and his decision to drop out of the university and all conventional career plans. The history concludes with a survey of Browning’s reading in the period of self-education that initiated his mature work as a major poet of our modern era. Maynard’s intention throughout is not to provide a day-to-day account of a boy and young man’s life, but to flesh out the larger epic of a gifted child’s formation in his environment, and the emergence of his own direction out of the context of his family, society, and literary culture. In so doing he has achieved a model case study of the development of a young man’s mind and of a young poet’s sense of identity as a creative artist. And he has recaptured the social, physical, and cultural ambiance of middle-class London in the early nineteenth century. It is a story told with grace and critical good sense.