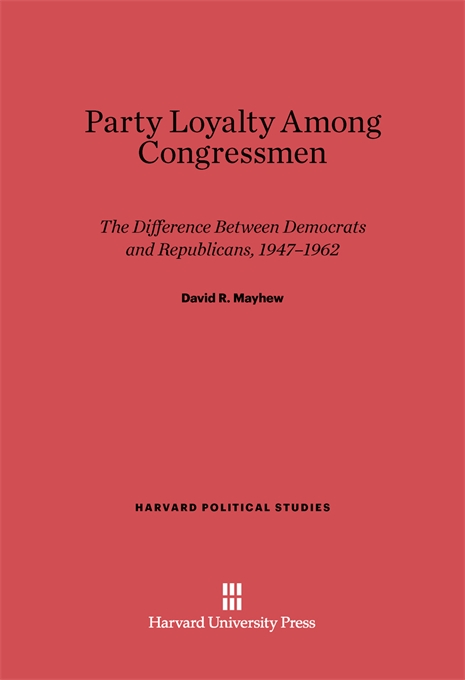 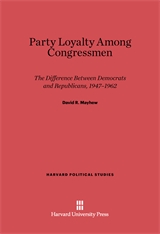 The Difference between Democrats and Republicans, 1947-1962

How the two American political parties have differed in their willingness to support the special interests of their component minorities, and what political consequences this has had on certain post-World War II domestic issues, are the subjects of David Mayhew’s careful analysis. Using congressional roll call votes as primary data, he studies issues presumed to have been of disproportionate concern to four particular groups—farmers, city dwellers, workers, and Westerners. In each instance, the House membership is divided into “interested” and relatively “indifferent” congressmen. The author finds that Democrats have consistently bolstered the positions of their “interested” members and that the Republicans have regularly opposed the legislative desires of their isolated minorities. This tendency of the Democrats to be a party of “inclusive” compromise and the Republicans one of “exclusive” compromise has frequently been a decisive factor—particularly in the case of farm and Western programs—in the support, or lack of support, postwar Congresses have given a wide range of legislation.