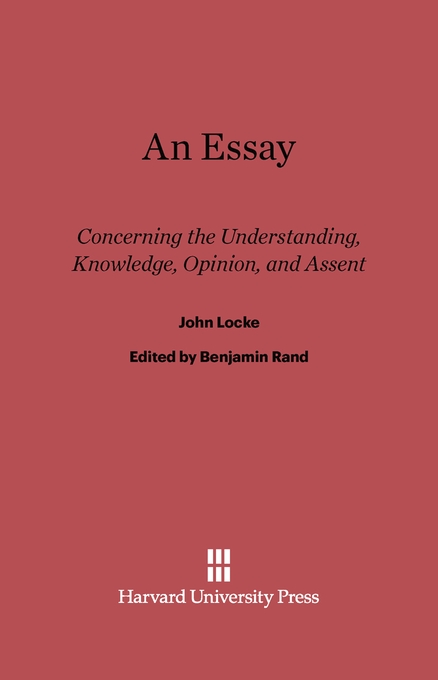 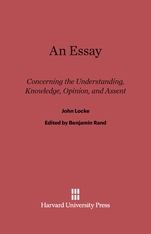 An Essay Concerning the Understanding, Knowledge, Opinion, and Assent

Dr. Benjamin Rand of the Harvard Philosophical Department has added the original draft of Locke’s “Essay Concerning the Understanding” as the crowning achievement to his numerous discoveries and works of the unpublished writings of the great English philosophers. This draft was written in 1671, whereas the “Essay” did not appear in a first edition until 1690. Scholars may now for the first time trace the development of Locke’s doctrines by a comparison of the two. As a help in such study, Dr. Rand has provided the work with full critical and editorial matter. The book will be found indispensable to every student of English philosophy and particularly of Locke’s doctrines.