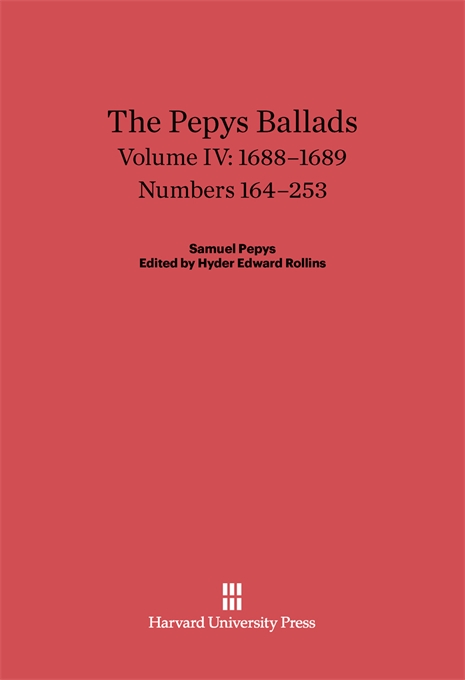 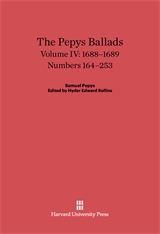 The ninety ballads contained in this installment of Hyder Rollins’s edition of The Pepys Ballads cover the stirring events of the six or seven months after the Glorious Revolution of 1688. As before, the subjects are mainly journalistic and historical. Among the various events we find the arrival of the Princess Mary of Orange at London, the proclaiming and the coronation of William and Mary, the death of Lord Jeffreys, the flight of Father Edward Petre and other Jesuits. Other ballads deal with military affairs in Scotland and Ireland, going into considerable detail about the battle of Killiecrankie and the siege and relief of Londonderry. Full introductory notes and numerous wood-cuts add to the reader’s pleasure.