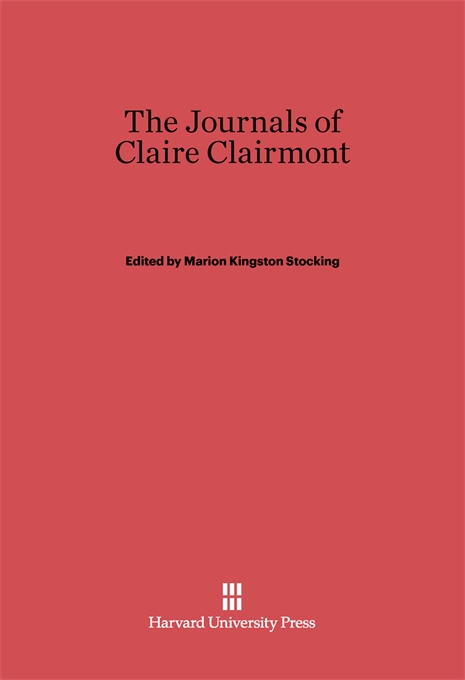 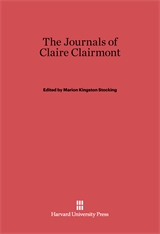 The Journals of Claire Clairmont

The diaries of Clara Mary Jane Clairmont are, so far as is known, the last of the major documents of the Shelley-Byron circle to be published. Only the writings of the Shelleys themselves surpass hers in importance for those interested in the careers of the poets and their friends. Best known as Byron’s mistress and the mother of his daughter Allegra, “Claire,” as she preferred to be called, is important to literary history for her role in bringing Byron and Shelley together.

Claire Clairmont began her journals in 1814, when she accompanied Shelley and her half-sister, Mary Wollstonecraft Godwin, on their elopement to the continent. She continued to write them until after Byron and Shelley were dead and she was living as a governess with a wealthy family in Moscow. The journals present a detailed and fascinating picture of life with the Shelley family their discovery of the European landscape, wretched days in London dodging bailiffs and bill collectors, happy days of opera and ballet and endless conversations. Our knowledge of the Shelleys’ life in Italy is expanded by this intimate view of the brilliant society of artists, writers, musicians, actors, scholars, revolutionaries, and nobility who were their constant companions. The later entries provide an account of the daily life of an Englishwoman living in Russia during the exciting time of the Decembrist uprising.

In The Journals of Claire Clairemont, Stocking has brought together five of Claire’s journals, all that is known of the now-lost Russian journal, and two leaflets of Miscellanea dealing with the years 1828 to 1830. The interruptions in the diaries are bridged by narratives that allow the reader to follow her life, as she develops from an effervescent schoolgirl into a self-possessed, attractive, and talented young woman.

Appendices present reviews of theatrical performances seen by Claire and the Shelleys, biographical sketches of the varied personages they knew in Italy, a review by Mary Shelley (1826) describing people and life on the Continent as Claire and the Shelleys saw it, and the text of a manuscript fragment, possibly by Claire, containing thinly disguised romantic portrayals of the Shelleys and Jane and Edward Ellerker Williams. There is also a list of Claire’s voluminous and systematic reading. Editorial comment within the body of the text has been kept to a minimum, and all of Claire’s rewritings and crossings out are clearly indicated. Genealogical tables and numerous footnotes help to place Claire’s journals in their proper social and historical perspective.