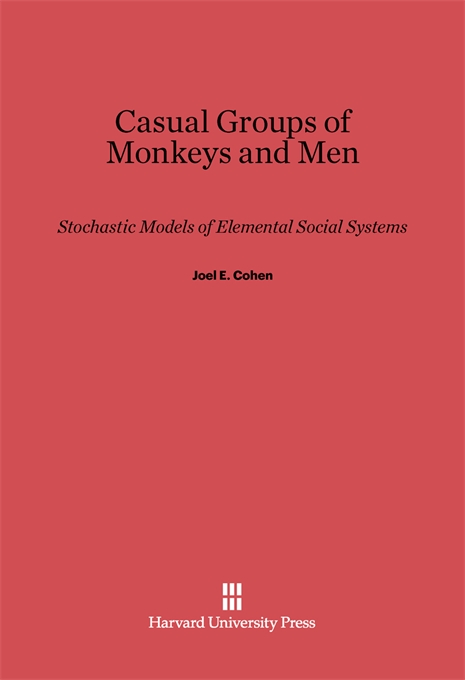 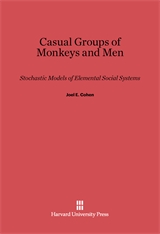 Casual Groups of Monkeys and Men

When many individuals aggregate and no special organization is imposed, casual social groups form among monkeys in tree tops and among human beings on sidewalks, beaches, and playgrounds. Joel Cohen shows that previously existing probabilistic models do not describe the details of available data on the sizes of such casual groups. He proposes a new family of models, called linear one-step transition (LOST) models, which predict observed equilibrium group size distributions, and also describe the dynamics of systems of social groups.

For the first time, he presents recorded observations of the dynamics of group formation and dissolution among human children in free play. These observations are consistent with the dynamics assumed by the LOST models. Such models suggest generalizations that may apply to epidemiology, the sociology of rumors, and traffic control. Within biology, this approach offers ways of linking the behavior of individuals with the population ecology of a species.