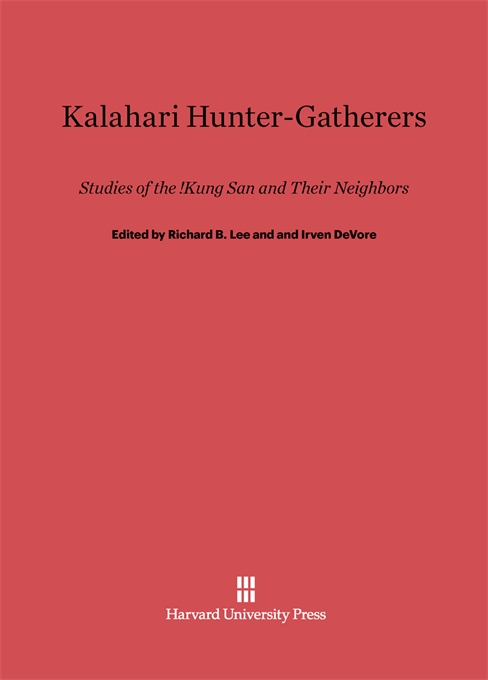 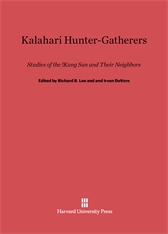 Studies of the !Kung San and Their Neighbors

Edited by Richard B. Lee

The !Kung are, or were, one of the last peoples on earth to live as humans did 10,000 years ago. They sustained what was once the universal mode of ancient human existence—hunting and gathering, mankind’s key to survival for at least a million years before the advent of agriculture.

Since 1963, a team of researchers have employed their techniques and talents in a pioneering study of the way of life of the !Kung (a San- or Bushman-speaking people) of the northern Kalahari Desert in Botswana. Under the leadership of Irven DeVore and Richard B. Lee, the overall goal of the investigators has been to develop a composite and complete portrait of these people in relation to the evolution of human behavior and society. The result, as Sherwood L. Washburn states in his Foreword, provides “an ideal demonstration of what the science of anthropology can do.”

Kalahari Hunter-Gatherers approaches its subject from many disciplines, judiciously combining sound scholarship with humanistic concerns. In addition to the ethnographic and ecological writings of the principal investigators, the other anthropologists contributing to this volume examine the biomedical and genetic parameters of the population, demographic factors, infant growth and development, child training and personality, group organization and settlement patterns, economic behavior, psychology, folklore, and adult interpersonal relations.

The authors correct the widely held view that so-called primitive societies are basically aggressive, territorial, and possessive or that life in the state of nature is nasty, brutish, and short. They describe, for example, how the !Kung work shorter hours and eat more protein than members of many more advanced societies. There is a conspicuous absence of the clinical signs of heart disease, and blood cholesterol levels are about half those in Western society and among the lowest ever recorded for a human population. Almost half the adult men and many of the women are healers who can enter a spontaneous trancelike state, and who bring alive a rich inner life of fantasy and struggle.