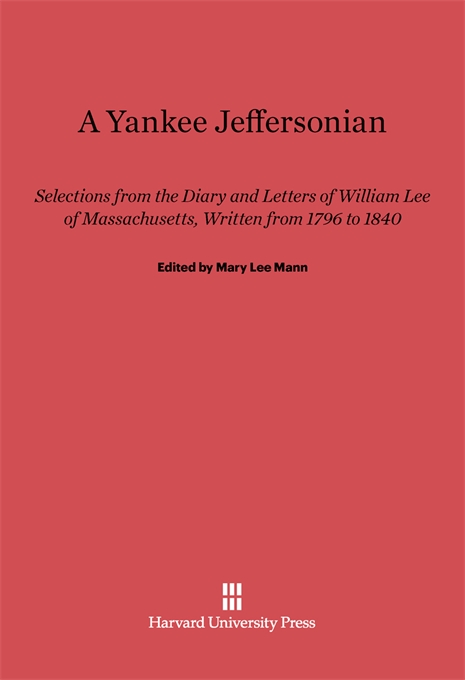 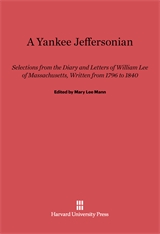 Selections from the Diary and Letters of William Lee of Massachusetts, Written from 1796 to 1840

William Lee, an established Boston merchant, was appointed by Thomas Jefferson in 1801 to be American commercial agent in Bordeaux. He was given consular rank the following year, served abroad until 1817, and then spent twelve years in Washington, in the mainstream of our new government life.

This selection from his letters and diaries, full of insight into the life and times of Paris and Washington, is peopled with outstanding personages of France and America—Jefferson, Madison, John Quincy Adams, Napoleon Bonaparte.

Readers will appreciate the details which Lee describes in his papers—including the vivid description of the disastrous fire in Paris at the ball to celebrate the marriage of Marie-Louise to Napoleon—including the time that on a trip to America with the Treaty of Ghent, Christopher Hughes of Baltimore drank up all the wine cosigned to President Madison. As an added bonus to a delightful book is the fact that several of Jefferson’s letters are here published for the first time.