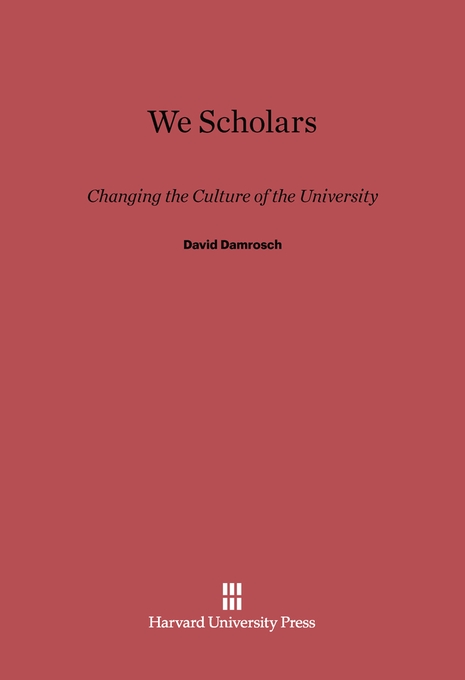 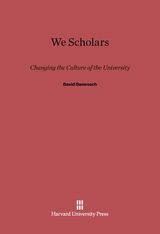 Changing the Culture of the University

Never before have so many scholars produced so much work—and never before have they seemed to have so little to say to one another, or to the public at large. This is the dilemma of the modern university, which today sets the pattern for virtually all scholarship. In his eloquent book, David Damrosch offers a lucid, often troubling assessment of the state of scholarship in our academic institutions, a look at how these institutions acquired their present complexion, and a proposal for reforms that can promote scholarly communication and so, perhaps, broader, more relevant scholarship.

We Scholars explores an academic culture in which disciplines are vigorously isolated and then further divided into specialized fields, making for a heady mix of scholarly alienation and disciplinary territorialism, a wealth of specialized inquiry and a poverty of general discussion. This pattern, however, is not necessary and immutable; rather, it stems from decisions made a century ago, when the American university assumed its modern form. Damrosch traces the political and economic assumptions behind these decisions and reveals their persisting effects on academic structures despite dramatic changes in the larger society. We Scholars makes a compelling case for a scholarly community more reflective of and attuned to today’s needs. The author’s call for cooperation as the basis for intellectual endeavor, both within and outside the academy, will resonate for anyone concerned with the present complexities and future possibilities of academic work.