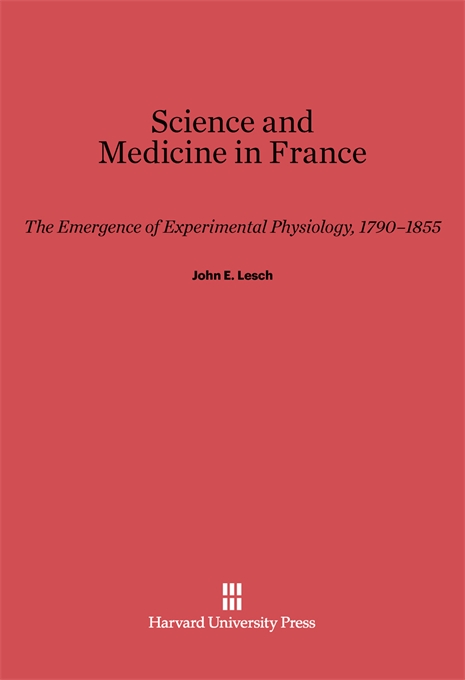 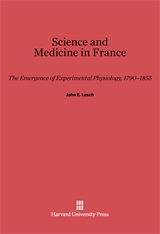 Science and Medicine in France

The Emergence of Experimental Physiology, 1790–1855

An event of fundamental importance to the history of biology is explained in this thoughtful study of physiological method. Physiology was the first of the life sciences to commit itself to the ideal and practice of experimentalism in its modern sense. John E. Lesch traces the more than half-century-long process that gave rise to the field in France, arguing that experimental physiology first appeared there because of circumstances peculiar to the French scientific and medical milieu.

Lesch begins with a look at the nature of physiology and its investigative methods in the seventeenth and eighteenth centuries. From the pressure and opportunities of the 1790s emerged the Paris clinical school, with its unification of surgery and internal medicine, its centering of education and practice in the hospitals, and its cultivation of pathological anatomy. He shows that in this environment a new generation of experimental physiologists appeared. Their use of animal experiment was marked by the surgical qualities of their training, and facilitated by the clinical experience of the hospitals, research provided by veterinarians, and chemical substances provided by pharmacists. Contemporary French ascendancy in science and advances in education provided the physiologists with scientific exemplars, authoritative standards, and substantive knowledge and technique. By the 1820s a significant segment of the French medical community was involved in some way with the new physiology.

Lesch’s exploration of these pathbreaking scientists and institutions creates a model for understanding the beginnings of a dominant research tradition.