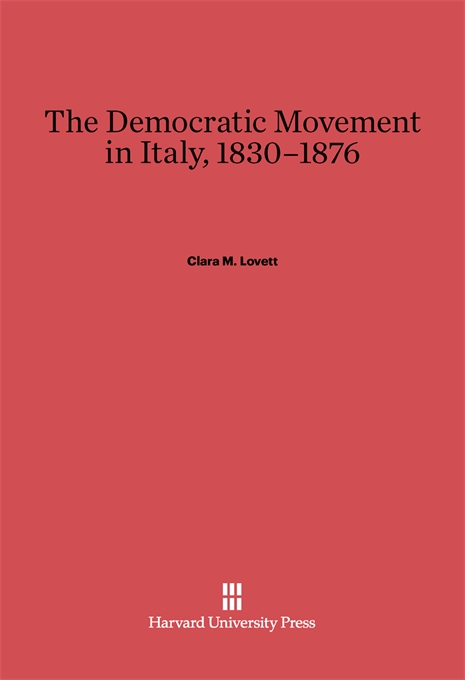 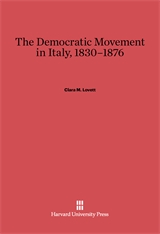 The Italian Risorgimento, the movement for national independence and unification, is as significant to Italian history as the American Revolution is to United States history. Liberal supporters of constitutional monarchy triumphed in the political struggles of the Risorgimento, yet democratic activists and thinkers like Mazzini, Garibaldi, Pisacane, and Ferrari were major participants in those struggles.

By reconstructing the lives and political careers of 146 such activists and thinkers, Clara M. Lovett explores the democratic movement’s impact on the development of modern Italy. She shows that three main principles—secularism, political egalitarianism, and a concern for social justice—sustained the movement throughout its development and became its legacy after the unification. By exploring the social context of the movement and the specific experiences of its members, she explains why the democrats failed to lead Italy’s unification in 1860 and why some of them became Italy’s early professional politicians.