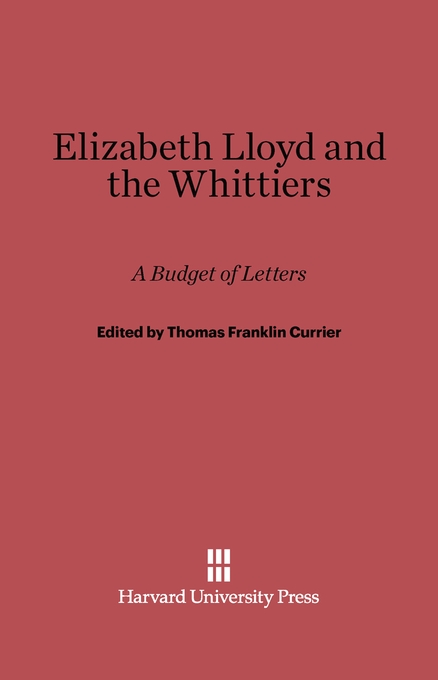 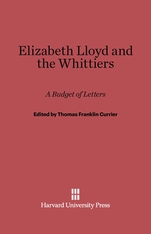 Elizabeth Lloyd and the Whittiers

A Budget of Letters

John Greenleaf Whittier was called to Philadelphia in 1838 to conduct an anti-slavery paper, The Pennsylvania Freeman. Cousins living in the city at the time introduced the thirty-year-old editor and poet to an interesting and lively group of young people; and the visit of Whittier’s sister, Elizabeth, in the next year served to draw still more closely the ties of a friendship thus established. Charming Elizabeth Lloyd, four years younger than Whittier, belonged to this circle of friends, and as a Quakeress and a writer of graceful verse was especially intimate with the Whittiers. A budget of letters from Elizabeth written to the Whittiers just after their return to New England and in later years is printed in the present volume; it affords a pleasing picture of the restful home life of a sympathetic, intellectual group of young people in Philadelphia in the anti-slavery days and depicts the life-long friendship between Whittier and Miss Lloyd. A few recently discovered letters from Whittier to Miss Lloyd are included.