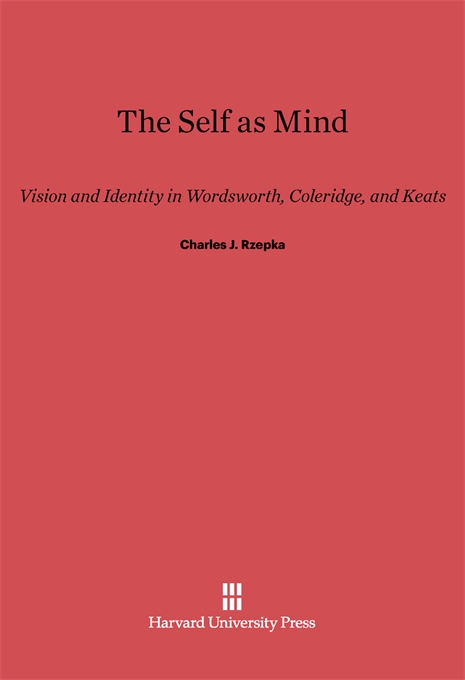 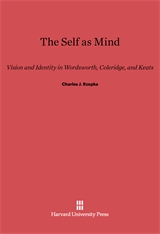 The Self as Mind

Vision and Identity in Wordsworth, Coleridge, and Keats

The Romantic poet—as exemplified by Wordsworth, Coleridge, and Keats—is attracted to and made anxious by two opposite ideas of the self. On the one hand, he identifies with the inner self as a mind wholly at one with its perceptions and with the world as an image within it. On the other hand, since this inner self is wholly private, the poet turns to others for confirmation of its reality, either literally in direct confrontations, or figuratively, in the “voice” and workmanship of his text. Because his dependence on others for a sense of his own reality jeopardizes the poet’s feelings of self-possession, however, he tries to minimize this threat by manipulating or preempting others’ responses to him. Previous discussions of the Romantic self have focused on the self as a mental power immanent in the vision of the world it shapes. Charles Rzepka now draws our attention to the poet’s attitude toward the self as socially formed and confirmed, and the effects of this attitude on Romantic poetry and perception.

Rzepka shows us, in the major works of three preeminent poets, a wide range of recurring images, dramatized situations, rhetorical strategies, and styles of characterization, all demonstrating a profound and structurally coherent Romantic ambivalence about the reality of the self. His approach is both philosophical and psychological, tracing the implications for Romanticism of the theorizing of Descartes, Locke, and Hume on personal identity, and employing the methods and theories of phenomenology and existential and social psychology, particularly the work of Merleau-Ponty, Paul Ricoeur, Lacan, R. D. Laing, and Erik Erikson. He thus works toward a new definition of the structures of consciousness and self-consciousness that are central to Romanticism.