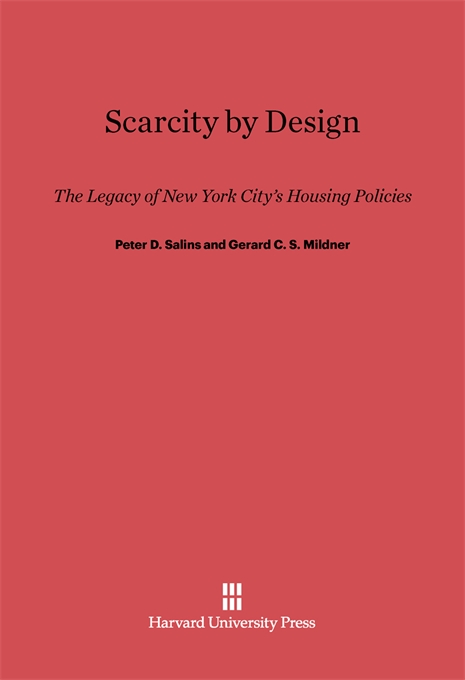 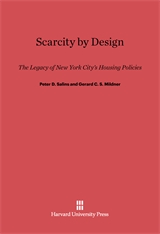 No American metropolis has intervened in its housing market quite as aggressively as New York since World War II—and yet none is as burdened by the scarcity, poor quality, uneven distribution, and high cost of its rental housing stock. Why, after half a century of rent control, public housing programs, tax abatement, and land use regulation, is it so difficult for thousands of New Yorkers to find, rent, and maintain decent apartments?

Addressing issues that are hotly debated in the Big Apple and other cities across the nation, Peter Salins and Gerard Mildner analyze New York’s policies and assess their largely detrimental effects on housing quality and availability. They show how programs that were instituted for the benefit of both investors and the poor—by directly and indirectly subsidizing housing construction and by capping rents—have instead caused misallocation of housing, exacerbated tensions between tenants and landlords, progressively stifled private investment, and resulted in building deterioration and abandonment.

Scarcity by Design is an object lesson in what governments should not do if they wish to improve housing and maintain communities. It also makes a strong case for a highly controversial solution: arguing from a free-market perspective, Salins and Mildner clearly demonstrate how transition to a fully deregulated and subsidized housing market would alleviate the social and economic woes of New York’s tenants. They present deregulation as the essential stimulus of housing production, fair pricing, and good maintenance. The authors’ crisply written analysis of New York’s housing problems and their proposed solutions will enlighten citizens, city managers, investors, builders, and urban planners, and should spark discussions in academic as well as professional circles.