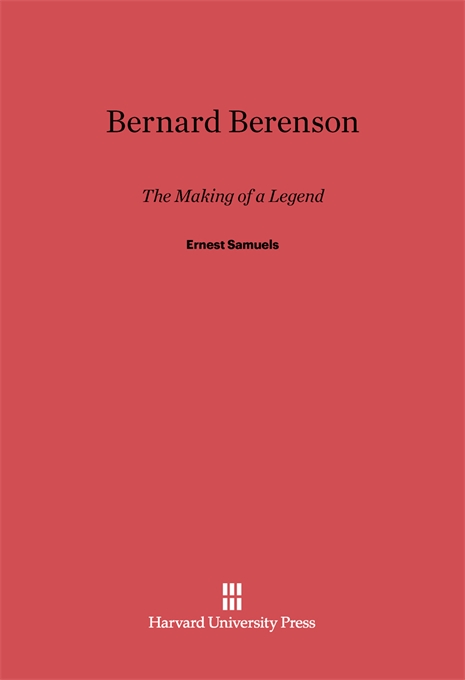 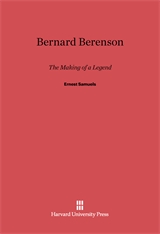 The Making of a Legend

Controversy swirls around Bernard Berenson today as it did in his middle years, before and between two world wars. Who was this man, this supreme connoisseur of Italian Renaissance painting? How did he support his elegant estate near Florence, his Villa I Tatti? What exactly were his relations with the art dealer Joseph Duveen? What part did his wife, Mary, play in his scholarly work and professional career? The answers are to be found in the day-to-day record of his life as he lived it—as reported at first hand in his and Mary’s letters and diaries and reflected in the countless personal and business letters they received. His is one of the most fully documented lives of this century. Ernest Samuels, having spent twenty years studying the thousands of letters and other manuscripts, presents his story in absorbing detail.

Berenson helped Isabella Stewart Gardner build her great collection and performed similar though lesser services for other wealthy Americans. It was merely an avocation and a useful source of income; his vocation was scholarship. But after 1904, when the book opens, his expertise was in ever-greater demand: a purchaser’s only assurance of the authorship of an Italian painting was the opinion of an expert, and in this field Berenson was preeminent. Increasingly he was drawn into the lucrative world of the art dealers; inevitably Joseph Duveen found it essential to enlist his services, at first ad hoc, then by contractual agreement. Samuels charts the course of Berenson’s long association with Duveen Brothers, detailing the financial arrangements, the humdrum chores and major contested attributions, the periodic clashes between the stubborn scholar and the arrogant entrepreneur.

The portrayal of Berenson’s relationship with Mary is especially intriguing: a union of opposites in all but brains and wit, bonded—despite love affairs, jealousies, recriminations—no longer by passion but by shared concerns. Impinging on their lives are those of a huge circle of friends and acquaintances in America and the beau monde of Europe. Both as biography and as a chapter of social and cultural history, it is a compelling book.