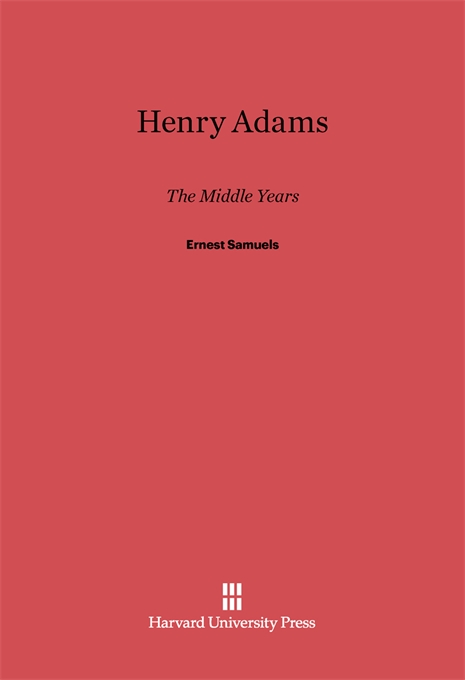 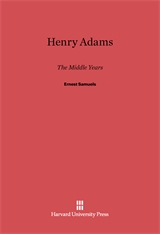 “Education had ended in 1871, life was complete in 1890.” With this paradoxical statement from The Education of Henry Adams, Adams apparently dismissed from the record twenty of the most interesting and active years of his career. Those two decades embraced the first great productive season of his literary genius and the most significant years of his emotional life. Opening on the highest note of expectation and closing with his desperate flight to the South Seas in 1890, a divided and lonely figure, that season of fulfillment and inner growth is the subject of this book.

The relationship between Adams’s life and writings grew steadily richer as his literary artistry matured, and with that process as his main concern, Mr. Samuels has written a book equally rewarding as a biography and as a critical study. Perhaps the greatest achievement biographically is a definitive and absorbing account of the true relationship between Henry Adams and his wife and an introduction to the grand passion for Elizabeth Cameron which was to affect the rest of his life. The whole intense inner drama of his feelings is really opened up for the first time, as often as possible in his own words, to the tragedy of his wife’s suicide, the embittered years of work concluding the great History, and, finally, the escape to the South Seas in an effort to overcome the intolerable intensity of his love for Mrs. Cameron.

Through detailed analyses of Adams’s writings, Mr. Samuels shows how all this drama had its counterpoint in his literary activities and eventually became transformed into works of literary art. Equally interesting is the way in which the ideas for his biographical and historical writing emerged from the wide sources of his reading, were tested in the remarkable give and take of his circle, and finally adapted to the themes of his writing.

This is the most exhaustive biographical and critical study of Adams’s middle years ever made, and probably answers, so far as it is humanly possible, every unanswered question about Adams’s life and the writing of his books. From the wealth of family papers deposited with the Massachusetts Historical Society and numerous other sources, Mr. Samuels has unveiled an increasingly complex personality—a brilliant mind in the grip of many prejudices and contradictions, yet one so terrifyingly honest that it more than ever defies explanation in any ordinary terms.

The mass of fresh materials used includes letters from correspondents around the world and admits us to the other side of the enormous dialogue which Adams carried on with the members of his circle. Certain finds have revealed some invaluable sidelights including a striking fragment of Adams’ diary for 1888–1889; a sheaf of his sonnets to Elizabeth Cameron, and the unpublished remainder of his letters to his wife. Much untouched material has also come to light in newspapers, magazines, public archives, court records, memoirs, and biographies.

This is the second of three volumes of Mr. Samuels’ definitive study of Henry Adams. The other two are The Young Henry Adams and Henry Adams: The Major Phase.