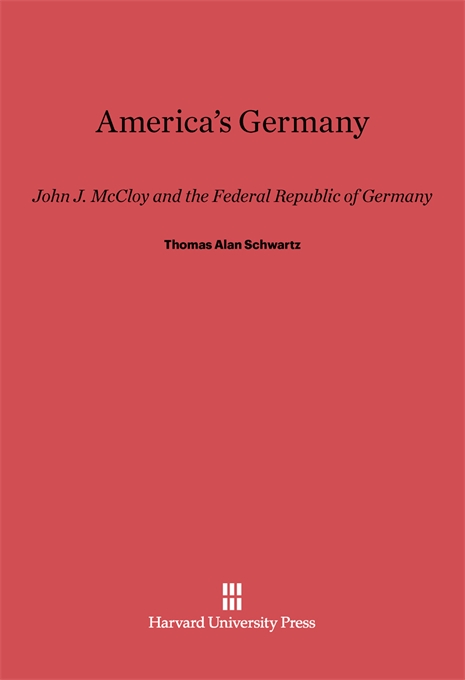 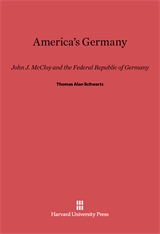 John J. McCloy and the Federal Republic of Germany

John J. McCloy was the “wise man” of the Cold War era who had the longest substantial American connection with Germany. A self-made man of great ambition, enormous vitality, and extraordinary tenacity, McCloy served in several government positions before being appointed High Commissioner of Germany in 1949.

America’s Germany is the first study of McCloy’s critical years in Germany. Drawing on deep archival research and interviews, Thomas Schwartz argues that McCloy played a decisive role in the American effort to restore democracy and integrate Germany into Western Europe. Convinced that reunification should wait until Germany was firmly linked to the West, McCloy implemented a policy of “dual containment,” designed to keep both the Soviet Union and Germany from dominating Europe.

McCloy represented the best and the worst of the values and beliefs of a generation of American foreign policy leaders. He strove to learn from the mistakes made in the aftermath of the collapse of the Weimar Republic, when the West did not do enough to help German democracy survive. Yet his leniency toward convicted Nazi war criminals compromised the ideals for which America had fought in World War II.

America’s Germany offers an essential history for those wishing to understand the recent changes in Germany and Europe. The book describes a unique period in the relationship between America and Germany, when the two nations forged an extraordinary range of connections—political, economic, military, and cultural—as the Federal Republic became part of the Western club and the new Europe.