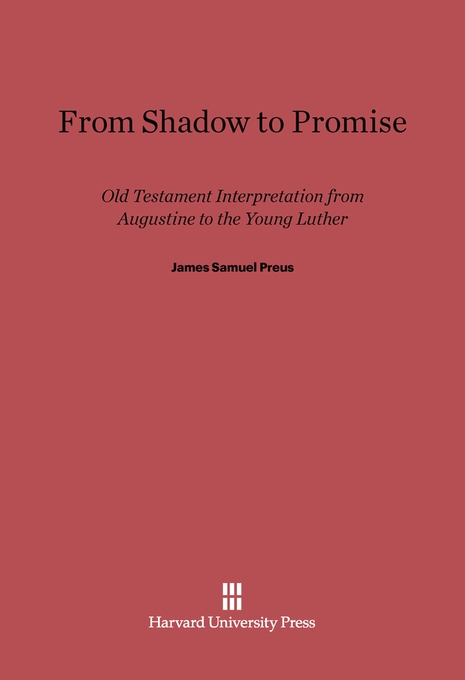 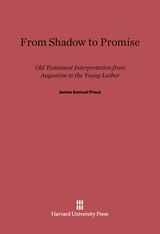 From Shadow to Promise

Old Testament Interpretation from Augustine to the Young Luther

The first full-scale attempt in English to treat Luther as a medieval theologian, rather than as a renegade. In sharp contrast to customary brief treatments of Luther’s medieval background and his departures from it, James Preus recognizes Luther as fundamentally a product of and participant in the medieval exegetical and scholastic tradition. He shows that an understanding of Luther’s development demands a knowledge of the context in which he worked and the direction in which the tradition was already pointing.

In Part One, Preus presents an extensive discussion of the general principles of medieval hermeneutics in the work of theologians from the time of Augustine up to Luther’s opening lectures on Psalms in 1513, at the beginning of his professional career. In Part Two the author shows Luther’s progress, over about two years, from a thoroughly medieval orientation in 1513 toward recognizable themes of the mature theology of the Reformation, maintaining that Luther’s discovery of the theological and spiritual relevance of existence before the advent of Christ was the most significant factor in Luther’s earliest development.