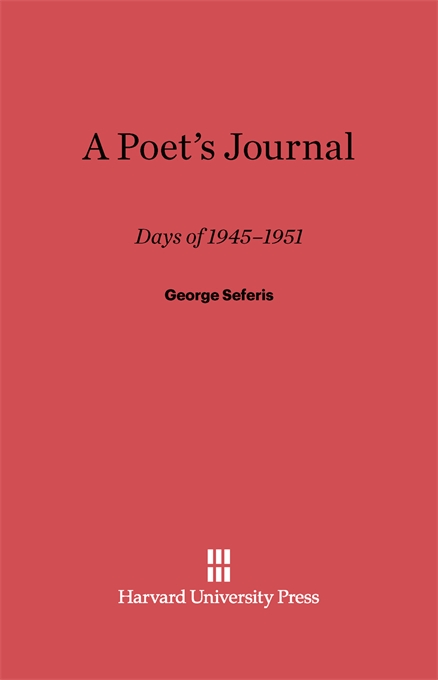 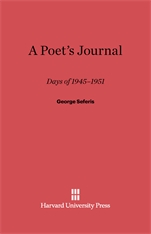 This diary, composed during some of George A. Seferis’s most turbulent years, permits us to enter the mind and spirit of one of the twentieth century’s greatest writers. A unique record of perceptions, reflections, and sensations, of great poetic value, it is here published for the first time in English. Conversations with painters, younger poets, and friends are interspersed with references to works by Auden, Eliot, Gide, and Proust. Homely entries concerning Seferis’s health, the chill of a London hotel, and his first pair of glasses turn up amid critical comments about theater performances, the Palamas prize, Zen, and haiku. There are constant references to Seferis’s Cavafy manuscript, and a long essay about this fellow poet and the Greek language problem is included. The pages of this journal, kept by the poet rather than the diplomat, take us on a long journey across Turkey—over Anatolia’s barren steppes and fields, along the streets and suburbs of Ankara and Constantinople, to churches and mosques, museums, tavernas, and excavation sites. We are even admitted into the poet’s grief at the death of a pet cat. Shortly before his death, Seferis entrusted Days of 1945–1951 to a young friend, Athan Anagnostopoulos. The faithful and sensitive translation of the diary by Anagnostopoulos has been approved by Maro Seferiades, the poet’s widow.