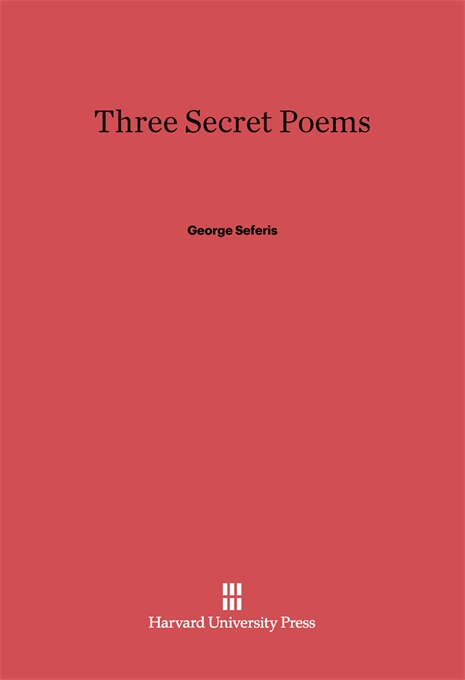 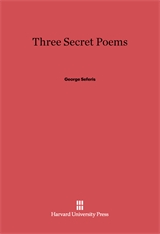 George Seferis, winner of the 1963 Nobel Prize for Literature, has had his work translated into a number of languages and is known and read throughout the world. He also had a distinguished diplomatic career, having been Ambassador to the Court of St. James. Three Secret Poems, Seferis’s first volume of poetry after a silence of eleven years, was published in Athens in 1966 and, until this translation, has not appeared entire in any language but Greek.

The three long poems—“On a Ray of Winter Sun,” “On Stage,” and “Summer Solstice”—actually consist of a number of shorter lyrics. They are presented in this attractive edition with the translation on the facing page. Although much of the themes and imagery relates to Seferis’s earlier work, the versification contains a number of innovations. There are interesting departures in both technique and the use of language. Walter Kaiser’s version of these moving lyrical works is refreshingly free from the usual earmarks of translation.