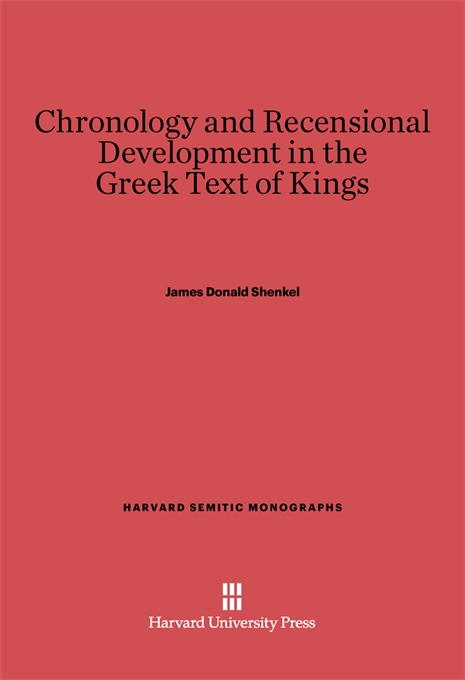 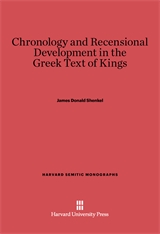 Chronology and Recensional Development in the Greek Text of Kings

This first volume in the Harvard Semitic Monographs series challenges many of the standard positions that have long been held concerning the Greek and Hebrew texts of the Books of Kings. The author’s personal examination of the Qumran Hebrew manuscripts, published and unpublished, has led to a new understanding of the recensional development of the Greek text. His study contributes significantly to the methodology of modern textual criticism and the evaluation of historical sources in the Old Testament.

Examining the parallel development of the Greek text and the Hebrew, the author attributes the chronological discrepancy between the oldest Greek text forms and the Masoretic text to a change from the chronological system found in the Hebrew Vorlagen of the Old Greek and proto-Lucian texts to the newer system of the Masoretic text. The greatest difference between the two systems is found in the period from Omri to Jehu, where the pattern of regional formulae is worked into the narratives concerning Elijah and Elisha. The author concludes that the reason for the change to the newer Masoretic system was the desire to be able, from a chronological viewpoint, to identify Jehoshaphat as the King of Judah in the narrative of the Moabite campaign, an identification that was not possible in the older Greek chronology.