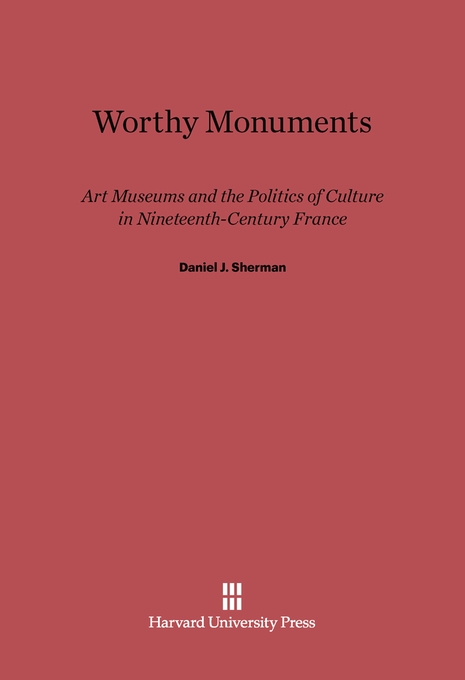 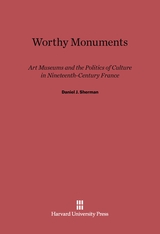 Art Museums and the Politics of Culture in Nineteenth-Century France

Attracting controversy as readily as they do crowds, art museums—the Grand Louvre project and the new Orsay in Paris, or the proposed Whitney and Guggenheim additions in New York, for example—occupy a curious but central position in world culture. Choosing the art museums of provincial France in the previous century as a paradigm, Daniel Sherman reaches toward an understanding of the museum’s place in modern society by exploring its past. He uses an array of previously unstudied archival sources as evidence that the museum’s emergence as an institution involved not only the intricacies of national policy but also the political dynamics and social fabric of the nineteenth-century city.

The author ascertains that while the French state played an important role in the creation of provincial museums during the Revolutionary era, for much of the next century it was content simply to send works of art to the provinces. When in the 1880s the new Republican regime began to devote more attention to the real purposes and functions of provincial museums, officials were surprised to learn that the initiative had already passed into the hands of local elites who had nurtured their own museums from their inception.

Sherman devotes particular attention to the museums of Bordeaux, Dijon, Marseilles, and Rouen. From their origins as repositories for objects confiscated during the Revolution, they began to attract the attention of local governments, which started to add objects purchased at regional art exhibitions. In the period 1860-1890, monumental buildings were constructed, and these museums became identified with the cities’ bourgeois leaders. This central connection with local elites has continued to our own day, and leads into the author’s stimulating reflections on the art museum’s past, present, and future.

This original and highly readable account should attract those with an interest in cultural institutions and art history in general as well as those who study the history and sociology of modern France.