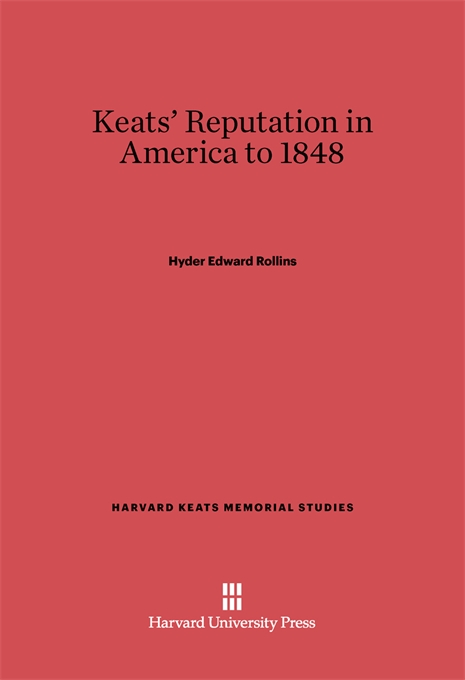 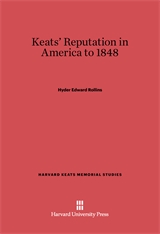 Keats' Reputation in America to 1848

In his study of the origin and growth of Keats’ reputation in America, Hyder Rollins traces the evolution of American knowledge of Keats’ poems and shows that such knowledge developed considerably earlier here than it did in Great Britain. He indicates when and how Keats first became known in America; what editions of his verse were published; and who were his earliest disciples, editors, and critics. The work is copiously documented, and contains many quotations. The illustrations include a facsimile of the original manuscript of Keats’ “Ode to Autumn” and an unpublished portrait of Keats.