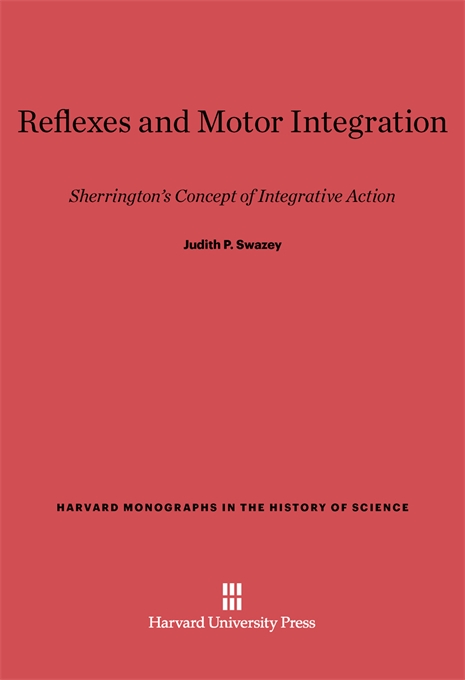 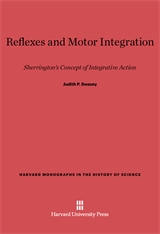 Harvard Monographs in the History of Science

Sir Charles Scott Sherrington is credited with having single-handedly crystallized the field of neurophysiology. Judith Swazey’s study is the first book-length treatment of his early research, from the 1880s through the publication of The Integrative Action of the Nervous System in 1906. In this work he offered an experimentally documented account of how the nervous system, through the mechanism of reflex action, produces a coordinated motor organism. Swazey first analyzes the development of the concept of integrative action and then discusses the significance of the concept for neurophysiology and, on a broader level, for the nature of biological thought.

Focusing on the interests, events, and influences that shaped Sherrington’s career, the author surveys the relevant knowledge about reflex action and the functional anatomy of the spinal cord at the time he began his research. Continuing with a detailed analysis of the major lines of his work she covers such material and the anatomical studies of spinal degeneration, the mapping of sensory and motor root distribution in the macaque monkey, the role of sensory nerves in and from muscles, and the nature of reciprocal innervation.

The scope of Sherrington’s contributions—which included new and important techniques, apparatus, and methodological canons—clearly marks him as a major figure in the history of the neurosciences. The greater significance of his work, however, lies in his “synthetic attitude” in the fact that he perceived the interrelatedness of his varied researches. The integrative action concept and the data it embodied finally brought together the previously unconnected channels of neurophysiological, anatomical, and histological research. As a result of this unification, Sherrington was able to provide investigators of the nervous system with their first major paradigm and to establish guidelines which altered the course of scientific research after 1906.

The author has gathered a vast amount of material from published and unpublished sources for this comprehensive study of Sherrington’s life and work. Her analysis of his writings, her portrayal of his delightful and extraordinary personality, and her account of the scientific setting within which his work was carried out provide a model for historians of science.