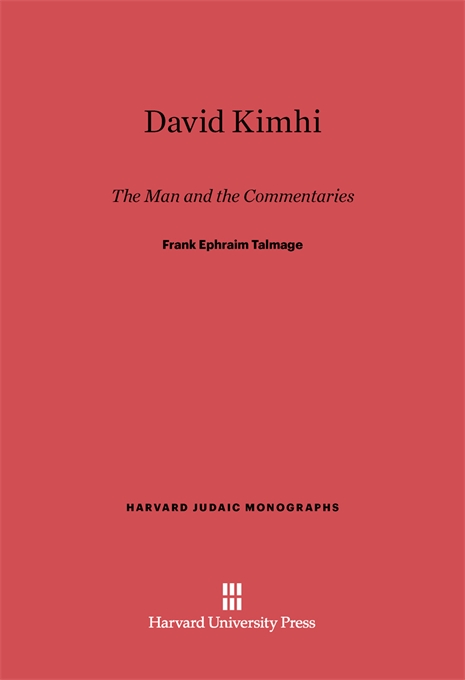 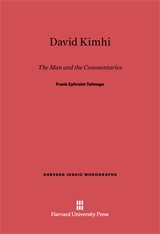 The Man and the Commentaries

The biblical commentaries, Hebrew dictionary, and grammatical studies of David Kimhi (1160–1235) influenced both Jewish and Christian Bible study through the sixteenth century and beyond. His works were studied and translated into Latin by Christian Hebraists in the Renaissance, and his interpretations left their mark on several vernacular translations, including the King James Version. This is an intellectual biography of the Provençal exegete and grammarian and an analysis of his biblical studies. In the twelfth century, a Jewish concern for peshat, the plain sense of Scripture, developed alongside the new emphasis on the letter of Scripture in Christian circles. Frank Talmage discusses the meaning of peshat as used by Kimhi and his reasons for favoring the plain sense over the homiletic interpretations of Scripture found in the Talmud and Midrash. His position as a leading member of the rationalist school of Judaism and his vigorous support of Moses Maimonides are described. Talmage traces too Kimhi’s concern over the exile of the Jewish people from their land, a prominent motif in Jewish thought.

This comprehensive account and evaluation of David Kimhi’s life and works is the first book in English that deals with a medieval Jewish biblical exegete as such; it is thus a major contribution to the history of European Jewry.