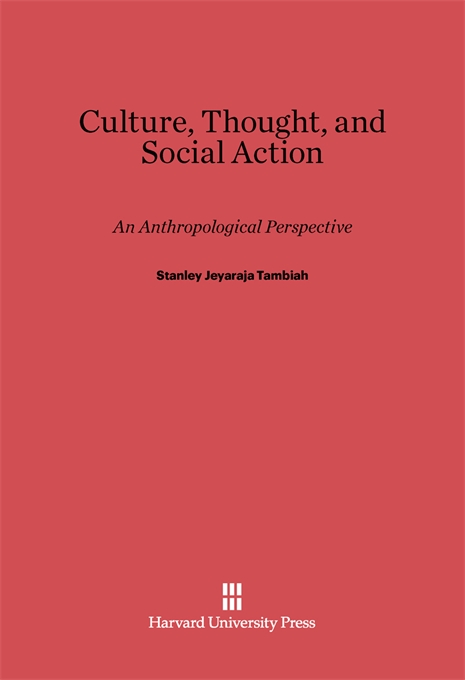 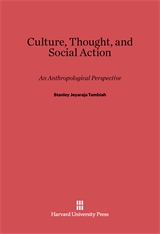 A world-renowned theorist in social anthropology here collects his most profound and insightful essays, developing a number of interrelated themes in an ever-broadening intellectual odyssey. Certain of the essays, such as “The Magical Power of Words,” have attained near-classic status; others, such as “The Galactic Polity in Southeast Asia,” are certain to become equally influential. Throughout, they offer powerful analyses of original problems of ritual, divine kingship, and caste, using a combination of semantic and pragmatic frameworks—Saussurean “structural” analysis, the concept of “performative” speech acts as developed by Austin, and Pierce’s notion of “indexical” signs.

Stanley Tambiah illuminates the work of well-known predecessors and colleagues, such as Edmund Leach, Mary Douglas, Bronislaw Malinowski, Edward Evans-Pritchard, Louis Dumont, and Clifford Geertz, and then carries their explications to new levels of comprehensiveness and sophistication. His central preoccupation is to show that rituals are amalgams or totalities, woven of both word and deed, of multiple modes of communication and presentation, and he traces the patterns of combination, sequencing, recursiveness, and redundancy that make up these totalities. Rituals, cosmologies, and classifications can be fully understood only when they are dialectically related to one another and to the local and cultural contexts in which they are embedded. Tambiah opens his exploration of this theme with a masterful theoretical introduction and concludes with an “anthropologist’s creed,” an incisive appraisal of the role of the anthropologist in today’s world.