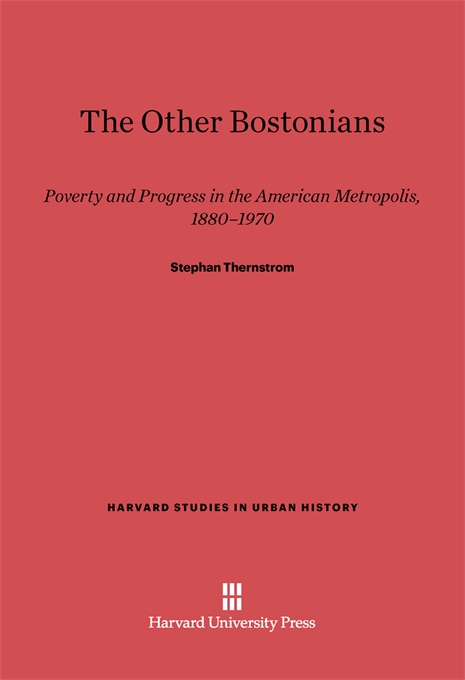 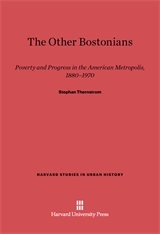 Poverty and Progress in the American Metropolis, 1880-1970

From the popular myths of American history to the most recent publications on inequality, industrialization, and the frontier, Stephan Thernstrom’s new book explodes many of the easy assumptions about the development of America. Newspapers and other familiar sources record the lives of only the prominent 5 percent of the population. Beyond these accounts lie the hundreds and thousands who are born, live, and die unnoted by the chroniclers of their age. Stephan Thernstrom has gone to the available records of these people, to the raw and uninterpreted data in old city directories, fading marriage license applications, and abandoned local tax records. He has assembled and analyzed this neglected body of evidence to provide one of the most thorough series of observations ever made on the patterns of migration and social mobility in a changing American community.

Using the experiences of “the other Bostonians” as the center of his research, the author compares his findings about this one city with those from other cities, large and small, as well as with patterns in rural areas throughout the country. He finds that high rates of population movement are not a product of the automobile age or even the industrial age, but of America itself. He dispels the view that as late as 1870 the United States was a society of small, tight-knit communities and the popular image of the ghetto as a closed society. His research provides new material and points of view on social, political, and union organization; on the upward mobility of Americans; on the differing experiences of particular groups: Irish, Italian, English, Jewish, Yankee, and Black.