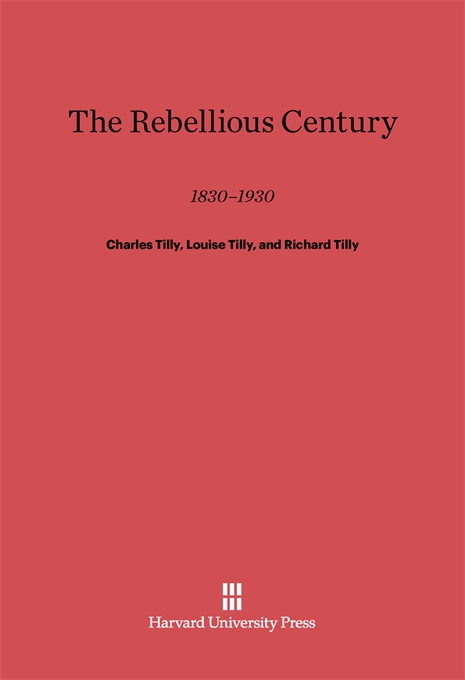 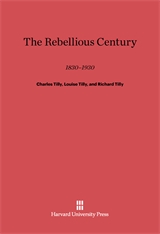 Consistently provocative, thoroughly original In its methods and conclusions. The Rebellious Century: 1830–1930 questions virtually every popular or scholarly assumption about the conditions underlying collective violence. Written by a sociologist, an historian, and an economist, the study presents a comparative history of group actions leading to violence In France, Italy, and Germany. The book demonstrates how urbanization, industrialization, and the concentration of political power in these and other Western countries have affected the means ordinary people have had to act together on their grievances and aspirations. The authors’ findings not only shed light on the past but have relevance for today.

By using violence as a “tracer” of change the Tillys: challenge Durkheim’s “breakdown” thesis that identifies protest as the eruption of fragmented, disadvantaged, uprooted social groups; undermine standard characterizations of collective violence as the immediate consequence of hunger, unemployment, inflation, and other forms of material deprivation; and reject the “collective behavior” treatment of violent movements as deviant and irrational.

For all three countries, the Tillys relate economic and political transformations to collective action and mass violence. They find that whether people acted to retain group rights (food riots, tax rebellions, land occupations) or to gain them (strikes, demonstrations, coups), the outcome depended on the political positions of the actors and the repressive policies of the government. Active participants in collective violence tended to come from organized groups already in control of significant political resources. The extent and character of violence, however, depended strongly on how governments reacted to challenges.

Readable, thoughtful, persuasive, and free of jargon or elaborate theoretical formulations, this work draws on years of research with European newspapers, local studies, and archival materials and builds unobtrusively on the most extensive quantitative analyses of long-run changes in collective action which have ever been done. It contributes to history, to social science, and to everyday thinking about conflict.