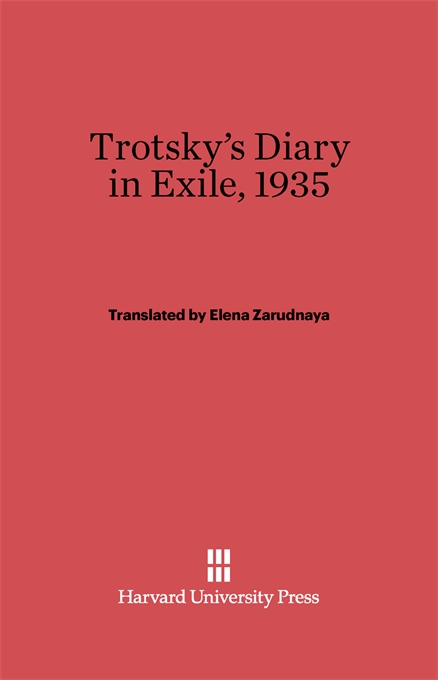 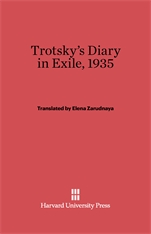 This diary of the exiled Leon Trotsky is a powerfully evocative fragment of history and human personality. Of all the great figures of the Russian revolution, Trotsky touches our senses as the one who lived, and felt, and died as other men. He breaks through, or is forced through the screen of dialectic and bombast that conceals his colleagues. Understandably, we feel curiosity about and some sympathy for the man who was driven out as he had driven others, who wandered the world in danger foreseeing assassination, and who was struck down by his enemies in his last sanctuary so close to us. His life as a fugitive is a single human tragedy and he is, simply, more interesting than the others.

This extremely personal record is no disappointment. Written in France and Norway, it gives the day-to-day reflections of a fallen leader, of one who had wielded power and was now in an exceptional position to observe it in the hands of others. Naturally there are penetrating comments here on local and international politics, often timeless in their relevance, but with them comes admission to the private world of the revolutionary intellectual. Here Trotsky lived with anguish, was beset by loneliness, and sustained himself by pride and fanaticism.

But his concern was not wholly with himself and the impersonalities of politics. He set down his continuing anxiety for the safety of his beloved son, Sergei, and of his first wife to whom he was still deeply attached. They were in Russia, their fate unknown to him. In extraordinarily moving and unaffected words, he wrote, too, of his tender, still youthful passion for his adored second wife, Natasha (Natalia Ivanovna Sedov), the wise and courageous companion of his fighting years, the loyal woman who accompanied him into exile.

Finally, and until now unknown, there is his Testament, written in Mexico in February 1940 near the close of his life. Knowing that death was near, from illness if not from Stalin’s agents, he envisaged the form it might take, restated his defiance of Stalin and his imperishable confidence in the triumph of the People, and once more affirmed his love for Natasha. At the end there is the discontinued and unexplained sentence, “In case we both die…”