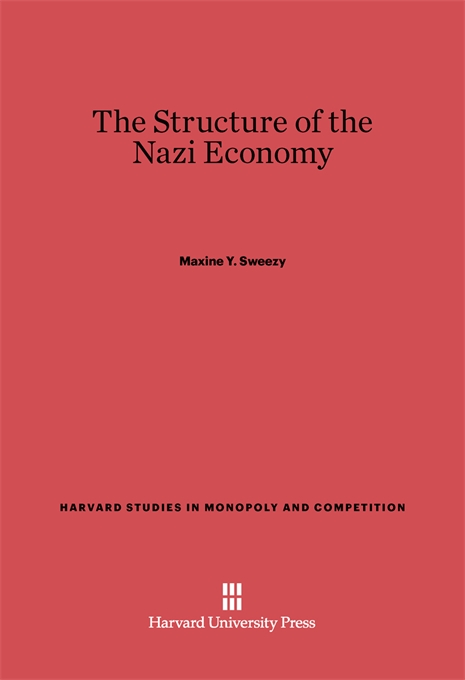 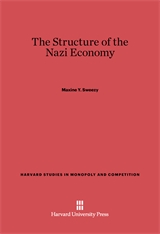 The Structure of the Nazi Economy

As a forecast for those who wish to know what kind of economic structure the Nazis plan in their so-called new order, this volume will be indispensable, and at the same time it will be of prime interest to economists and to all students of contemporary world events. The general emphasis is on the structural aspects of the German economy under the Nazis. Maxine Sweezy’s analysis discloses that the German recovery program developed as early as 1934 into a tremendous military campaign; hence the secret of Nazi success was preparation for totalitarian war.

Perhaps the most significant part of the book is the study of the national income and social welfare. In this section is to be found an analysis of the distribution of wealth and income before and after the advent of Hitler, and an appraisal of the share of income going to worker, farmer, business man, and rentier for the period from 1928 to 1940. The volume also includes the only reasonably complete analysis of corporate profits as well as other data on the size and composition of business that has been published in English on the Nazi period.