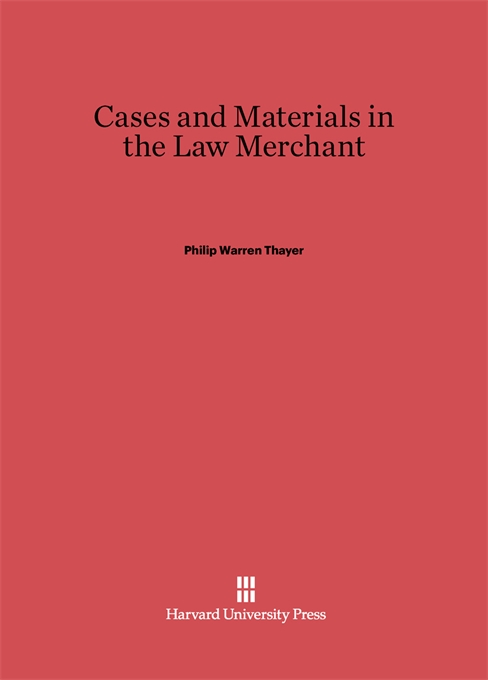 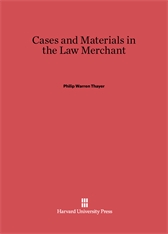 Cases and Materials in the Law Merchant

It is assumed that the material in this book will be used by students who already have some background in the law of Contracts, some with the impact of the law on individual conduct. The contents of the book are concerned more with the impact of individual conduct on the law; for the history of the particular relationship commonly associated with the law merchant has been in effect a history of the influence on the law of the usages of trade. It points, in one direction, to the technique of merchants in their dealings with one another; and, in the other, to the way in which the usages born of these associations, crystallizing into custom, become transmuted into law. Although there are numerous case-books on Sales, and others on Bills and Notes, this is the first to cover both in one volume. It is distinctive, furthermore, in making use of material from other than Anglo-American sources: it includes several cases from civil law countries as well as translations of their pertinent codes and statutes. A large percentage of the cases are of recent date, so that the book is of more than usual timely interest. Many of the cases are presented in abstracted form, thus making it possible to put nearly twice as many cases in the book as are generally found in volumes of this kind.