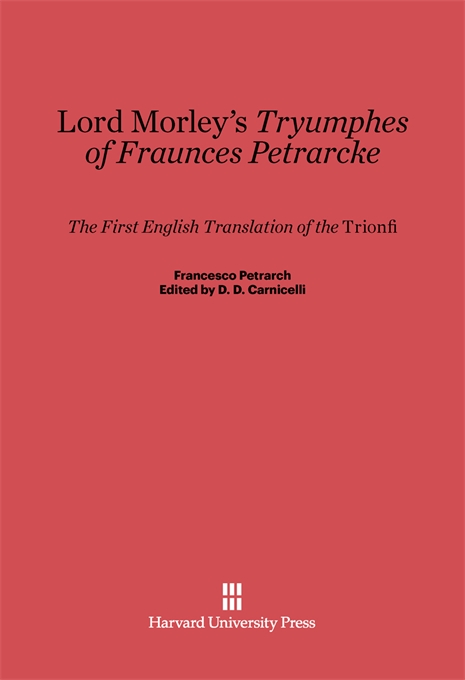 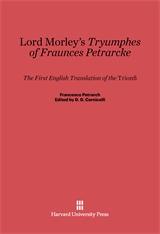 The First English Translation of the Trionfi

Petrarch’s Trionfi was enormously popular in Renaissance England, as Elizabethan literature, iconography, and pageantry attest. The form in which most Elizabethans read Petrarch’s allegorical poem was the mid-sixteenth century translation by Henry Parker, Lord Morley. In his edition of this translation, D. D. Carnicelli has fully annotated the text and has included a glossary. The examples of Renaissance depictions of the six triumphs described in Petrarch’s poem illustrate the impact of the Trionfi on European art of the period. His extensive Introduction provides a sketch of Lord Morley’s life and work and discusses the enormous influence of the Trionfi on English poetry.