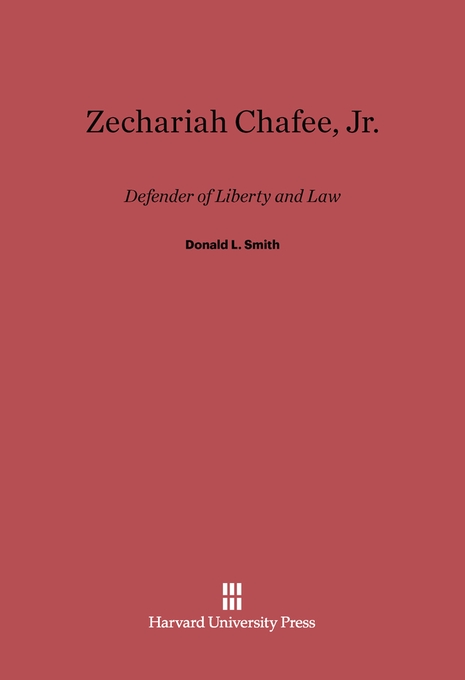 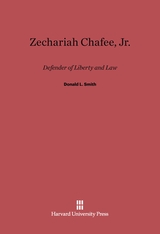 Defender of Liberty and Law

In 1952 Senator Joseph McCarthy included Zechariah Chafee’s name on a list of seven persons he called “dangerous to America.” How could this happen to a man whose life was filled with the quiet grace of achievement as a scholar of the law? In the first biography of this distinguished American, Donald Smith portrays Chafee as temperamentally conservative, only accidentally a defender of radicals and a civil rights advocate.

Chafee is most remembered for his contributions to First Amendment scholarship, including the classic Freedom of Speech, published in 1920 [and revised and republished in 1941 as Free Speech in the United States]. He publicly criticized the Justice Department prosecutions under the Espionage and Sedition Acts; appeared in court on behalf of Communists fighting deportation; and was president of a commission for the abolition of the death penalty. He served as vice chairman of the Commission on Freedom of the Press (the Hutchins Commission) and continued his public service when appointed to the United Nations Subcommission on Freedom of Information and of the Press.

Yet Chafee, who put his Harvard professorship in jeopardy more than once, never chose to be or perceived himself to be a controversial public figure. Preeminently a man of ideas, he spent most of his life teaching—at times applying both mathematical formulations and Greek philosophical theories to questions of law. This perceptive intellectual biography brings to life the story of a scholar caught up in the dramatic political events of his time.