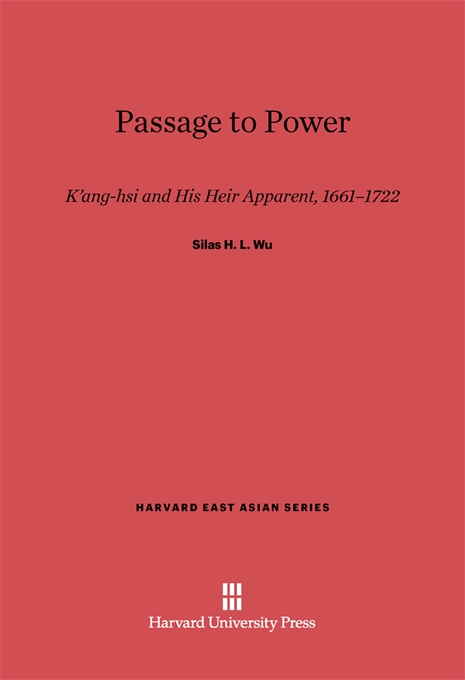 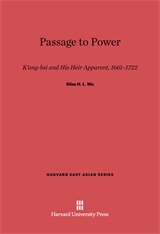 With admirable lucidity and scrupulous attention to detail, Silas Wu recreates the conflict and intrigue that marked the struggle for succession to the throne of China during the reign of Emperor K’ang-hsi. This crisis, as Wu portrays it, stemmed from irreconcilable familial commitments and imperial responsibilities. K’ang-hsi, frequently compared to his contemporaries Louis XIV and Peter the Great, is depicted here as a psychologically complex individual with bewildering inconsistencies in his behavior. His fears and doubts persistently confounded his ministers, impeding the effectiveness of his rule. Yin-jeng, his talented and promising son, had been hand-picked to succeed from infancy, but steadily degenerated into cruelty, immorality, and madness, becoming totally unfit to be the heir to the throne of the Chinese empire.

The story is told against the complex background of the K’ang-hsi era with specific delineations of the chief personalities concerned. This multifaceted approach enables Wu to link political events of the time to the conflicting desires and passions of father and son. His careful investigation of the cultural concept of filial piety and its profound influence on K’ang-hsi enables him to unravel the latter’s paradoxical behavior, both private and public. Even the subtle effects of contemporary social changes on the court at Peking come to light through Wu’s comprehensive analysis.

Wu has utilized nearly every document available on the subject including letters, diaries, intelligence reports, and K’ang-hsi’s secret correspondence with court officials. The result is an unusual book that unites history and psychology.