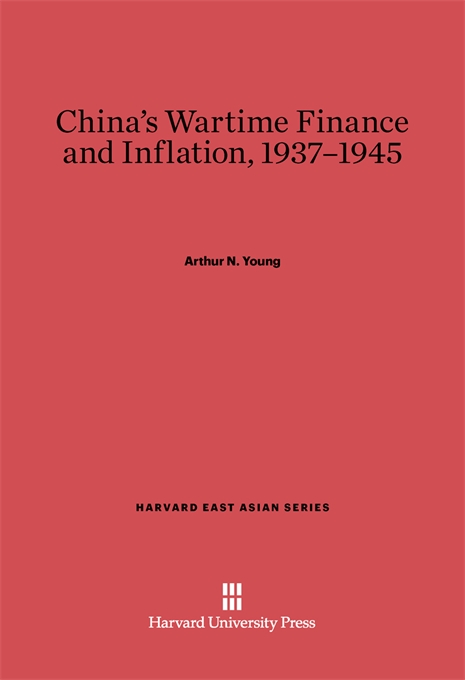 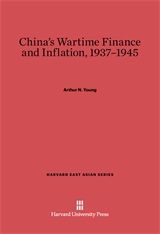 A companion volume to China and the Helping Hand, 1937–1945 (HUP, 1963), this book is a comprehensive description and analysis of China’s fiscal affairs during the war against Japan. Uniquely qualified to write this study, Arthur Young, as Financial Adviser to China from 1929 to 1947, was both an observer and high-level participant in these events and his private papers are, in many instances, the most complete source material available.

Following an introductory statement on China’s financial and economic situation on the eve of the fighting, Part I of the book deals with receipts and expenditures, and examines the fiscal effects of the hostilities, efforts for reform and planning, and the failure to anticipate postwar problems. Part II deals with the national debt and foreign aid, with a complete account of the purchase credits granted during the period by Russia, France, the United States, and Great Britain. Part III presents a detailed analysis of the Chinese monetary situation in all its phases, and an examination of the causes and devastating effects of the inflation that became a major cause of the downfall of the National Government on the mainland.