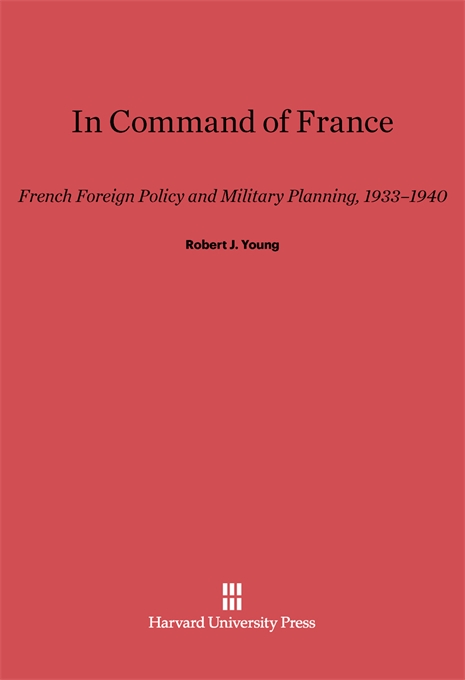 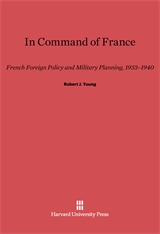 In Command of France

No other attempt to explain French civil and military leadership during the 1930s has been so gracefully written, so firmly based on archival material, or so sensitive to French conditions and purposes as In Command of France. It combines a detailed survey of French foreign policy during the Nazi period with a careful examination of France’s corresponding military planning and preparation. France was under control, Robert Young argues, and credits the civilian and military command with more vision, more determination, more competence than hitherto recognized.

Young introduces the reader to some of the leading personalities of the day—Laval, Bonnet, Weygand, Pétain, Gamelin, Delbos, Cot, Daladier—soldiers and statesmen whose names have come close to fading from our view. He outlines the problems and alternatives that confronted them in the Nazi years—strikes, lockouts, unemployment, inflating prices, devalued currency—and finds that they failed not because of an absence of policy or incompetence but because the problems they faced were insuperable.