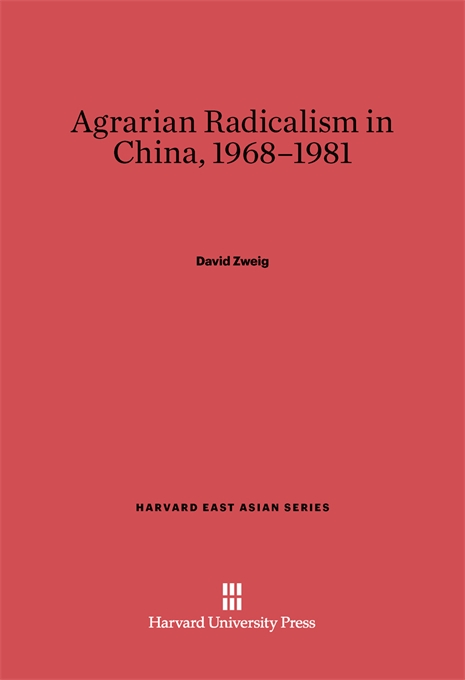 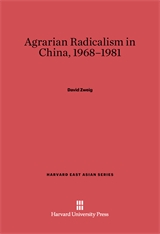 During and after the Cultural Revolution, radical leaders in the Chinese Communist Party tried to mobilize rural society for socioeconomic and political changes and move rural China to even higher stages of collectivism. David Zweig argues that because advocates of agrarian radicalism formed a minority group within China’s central leadership, they acted in opposition to the dominant moderate forces and resorted to alternative strategies to mobilize support for their unofficial policies. The limited institutionalization of the system allowed the radicals to promote their principles through “policy winds,” speeches generated by newspaper articles, networks of political allies, and organized visits; they also linked their policies to ongoing political and economic campaigns. In spite of this radical ideology and frequent upheavals in the countryside, Zweig finds that Chinese peasants had no ideological affinity for Mao’s theory of the continuing revolution and reacted to each policy change on the basis of how it affected their personal, family, or collective interests. Despite intense propaganda, cadres adjusted the impact of these radical policies so that the peasants’ conservative mindset, entrepreneurial spirit, and desire to improve their own lot remained intact.

Zweig examines the local realities of the radicals’ program by describing the results of specific policies; he discriminates among the responses of officials at different bureaucratic levels, peasants of varying income levels and family structures, and villages with specific geographic and socioeconomic characteristics. He draws on his own field research in Chinese villages and interviews with Chinese college students and their friends who had lived in the countryside and emigrés in Hong Kong who had lived and worked in rural China.